Shashi Tharoor, senior Congress leader and chairman of the Parliamentary Standing Committee on information and technology, on Sunday said the panel's last meeting on July 28 was "disrupted" by Bharatiya Janata Party members as they did not want the Pegasus-related allegations to be discussed and the officials who were to testify "appear to have been instructed not to attend". 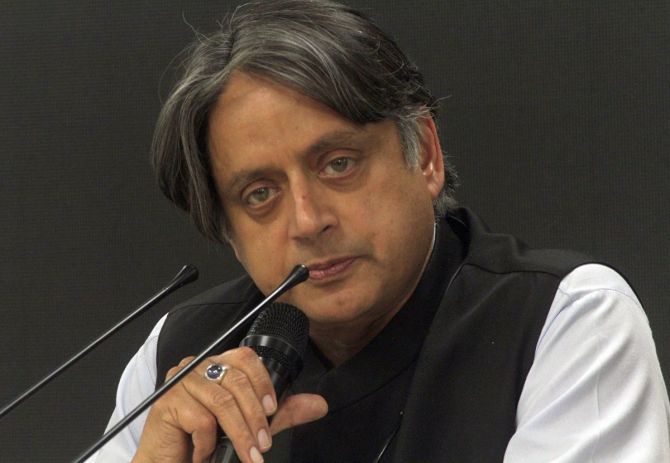 He, however, expressed hope that the snooping issue would be taken up by the panel going forward.

Tharoor also put the blame for the logjam in Parliament on BJP and accused the saffron party of reducing the "temple of democracy to a rubber stamp for its agenda or worse, a notice board to announce its unilateral decisions".

In an interview with PTI, the Congress leader hit back at Prime Minister Narendra Modi for his remarks that the Opposition was insulting Parliament, saying the government's refusal to be answerable in any way, shape, or form on an issue of national and international importance, has made a "mockery of democracy and of the ordinary Indians the government claims to represent".

Avoiding discussion and accountability is the real insult to Parliament, said the former Union minister and Lok Sabha MP from Thiruvananthapuram in Kerala.

Asked if going forward the Parliamentary Standing Committee on Information Technology will be able to take up the Pegasus snooping issue, Tharoor said for two years now the IT committee has been conducting discussions on "Citizens' data privacy and security and "cybersecurity, topics that also featured in its agenda under the previous chairman, BJP's Anurag Thakur.

The Pegasus issue, therefore, clearly falls under the purview of the IT committee and so it is only expected that its members will ask questions about it when these topics arise, he said.

"It is no secret that the Committee's meeting on its established agenda was disrupted by BJP members who did not want Pegasus to be discussed. It was unprecedented for 10 members to attend and to refuse to sign the register in order to deny the Committee a quorum," Tharoor said.

The panel was to hold a meeting on July 28 during which several issues including the Pegasus snooping allegations were expected to be discussed. It had also summoned officials from the Ministry of Electronics and Information Technology (MeitY), the Ministry of Home Affairs and the Ministry of Communications (Department of Telecommunications) on the subject ''Citizens data security and privacy''.

However, the meeting could not take place as the BJP members of the panel did not sign the attendance register, even though they were present in the meeting room, leading to a lack of quorum.

E-mail communications were received by the committee branch of the secretariat on July 28 afternoon from the three ministries/department that their representatives would not be able to appear before the committee due to Parliament-related work.

"For good measure the three officials who were to testify that day appear to have been instructed not to attend, making last-minute excuses, which is a grievous assault on the prerogatives of parliamentary committees to summon witnesses," Tharoor said.

Tharoor, who has written to Lok Sabha Speaker Om Birla to take action over ministry officials not attending the panel meeting, also asserted that the actions of the three officials making "last-minute excuses" to skip the meeting were a "grievous assault" on such panels' prerogatives to summon witnesses.

Asserting that accountability to Parliament is a cornerstone of democracy, Tharoor alleged that it is increasingly being tossed aside in the current regime's "headlong rush to autocracy".

"Despite this disappointing approach, I am hopeful that we will be able to take up the question going forward," he said.

Asked if a joint parliamentary committee would be more suited to take up the Pegasus matter, Tharoor said, "I am not sure what a JPC can do that the IT Committee cannot. Nonetheless, I proposed from the start that what we really need is a Supreme Court-monitored inquiry headed by a serving or recently-retired judge to conduct a fair, impartial, and thorough investigation of the Pegasus issue."

The judiciary has powers, and a degree of immunity from politics, that would make it better suited than a committee of MPs to explore all aspects of the Pegasus question, Tharoor argued.

On comparisons of the Pegasus snooping row with the Watergate scandal that rocked Richard Nixon's US presidency in the 1970s, Tharoor said though the parallels between the two episodes are many, the significant difference is precisely in the consequences it has had for the respective regimes that were in power when these events unfolded.

"Whereas the US Congress' investigation of Watergate led to the resignation of President Nixon himself, our Parliament has been denied even a discussion of the issue, barring the tepid statement by the new IT Minister who was himself on the list of those who were potentially targeted using Pegasus on the floor of the House," Tharoor said.

He said Pegasus is an issue that, given its grave implications for the country's internal security and individual liberties, should have been addressed by either the Home Minister or the PM himself.

Tharoor said the Opposition's hopes now rest with the Supreme Court, which is scheduled to hear the matter next on Tuesday.

On Parliament logjam with the Opposition demanding a discussion on Pegasus and the government not agreeing to it, Tharoor said the Opposition has from the beginning called on the government to hold substantive deliberations within both Houses on four issues of national importance -- "the issue of surveillance using Pegasus; the gross mismanagement of Covid, including the botching up of national vaccine manufacturing and distribution; the urgent need to repeal the three Farm Laws; and the cratering economy".

It is the government's "obdurate refusal" to engage on the first of these issues of national importance that has led to the current impasse, Tharoor said.

Asserting that Parliament was conceived to be a central platform of our democracy where the government of the day could be held accountable for its actions, Tharoor accused the BJP of reducing the "temple of democracy to a rubber stamp for its agenda or worse, a notice board to announce its unilateral decisions". 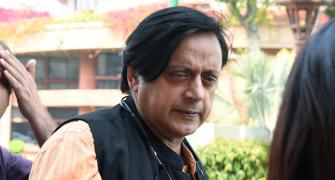 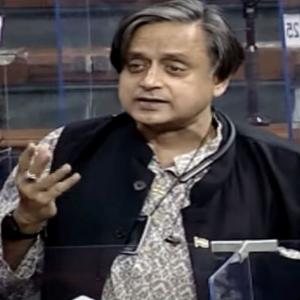