The Bharatiya Janata Party on Wednesday declared five candidates for the upcoming polls to 10 seats of the Maharashtra Legislative Council, but the name of former minister Pankaja Munde, daughter of BJP stalwart the late Gopinath Munde, did not figure in the list. 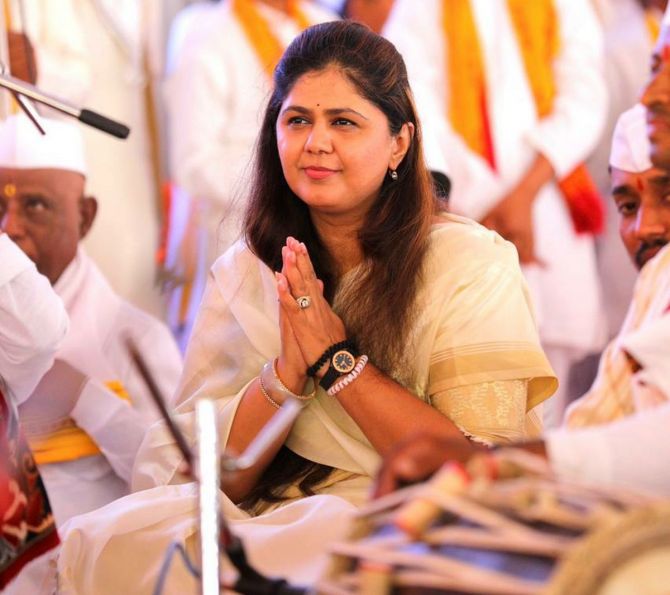 Earlier, there were speculations that the party may nominate Pankaja, who had lost to her cousin Dhananjay Munde of the Nationalist Congress Party in the 2019 state assembly polls.

The BJP's list bears the stamp of former chief minister Devendra Fadnavis as the party has chosen Shrikant Bharatiya, the then OSD to Fadnavis when he was the CM, and Maharashtra BJP's women wing president Uma Khapare.

BJP's allies Sadabhau Khot and Vinayak Mete too were not renominated.

The election for ten seats will be held on June 20.

As per a release issued by the BJP, it has chosen Pravin Darekar (currently leader of opposition in the Council), Ram Shankar Shinde (former minister), and Prasad Lad, besides Bhartiya and Khapre.

Maharashtra BJP chief Chandrakant Patil said he and Fadnavis tried for Munde's candidature but "it seems the Central leadership has some other plans for her”.

In politics, the disappointment of any leader with his party is transitory, he added.

Of the 10 members, Nimbalkar and Daund belong to the Nationalist Congress Party (NCP) while Darekar, Thakur, and Lad are from BJP. Rawate, Desai and Phatak are from Shiv Sena.

Members of the state Legislative Assembly constitute the electoral college for the MLC polls.

The BJP has 106 MLAs in the 288-member Assembly. It has the strength to comfortably get four of its members elected to the Upper House of the Legislature.

Politically, for Pankaja, who had vowed to give her best if BJP nominates her to the Upper House, the denial of nomination is viewed as a snub.

“Whenever such elections are announced, my name is always there in the race. My supporters genuinely feel that I should become an MLC,” Munde had said last month when her name was doing rounds for MLC nomination.

Fadnavis had said that Pankaja is a senior leader who has the support of the state BJP for the MLC nomination. She is capable of every post, he had said.

"If her name is not in this list it means the BJP's senior leadership must be having some other role for her in their mind," he said.

There has been no comment so far from Munde camp over the development.

Pankaja came into politics when her father Gopinath Munde decided to contest the Lok Sabha election in 2009. Instead of giving the Parli assembly seat to his nephew Dhananjay, the Munde senior chose Pankaja as the candidate.

Pankaja not only won the Parli seat from the Beed district but was later made the Maharashtra head of the Bharatiya Janata Yuva Morcha in 2012.

She won the 2014 assembly elections and was inducted as the women and child development minister in the Fadnavis cabinet.

However, her comments that she is the chief minister in the minds of people in Maharashtra made her political life difficult during the 2014-19 tenure of the Fadnavis-led government.

She did face allegations of buying nutritional food for children in state-run schools at inflated rates but was given a clean chit later by Fadnavis.

In another setback, the water conservation department headed by her was allotted to Ram Shinde when she was abroad.

After her defeat in the 2019 assembly election, Munde expressed her disappointment and was speculated to join Shiv Sena.

She had gone public and said that Prime Minister Narendra Modi and Union minister Amit Shah are her leaders.

Speaking to reporters, Chandrakant Patil admitted that some supporters of Pankaja Munde have been disappointed.

“It is natural that some people are disappointed with her name missing from the list. But all the names have been finalised by the national committee of our party. Devendra Fadnavis and I personally tried for her candidature but it seems central leadership has some other plans for her”, he said.

Patil pointed out that Pankaja is the national secretary of BJP and co-incharge of Madhya Pradesh.

When asked about the names of Khot and Mete also not figuring in the list, Patil said, "there is no full stop in politics. There is a comma and after that, the sentence continues. We have also given the minister of state's post to Sadabhau".

Upset with the denial of renomination, Mete said he will meet Fadnavis and Patil. 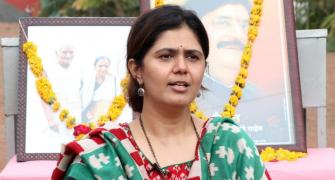 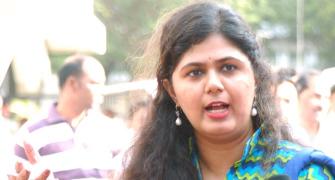 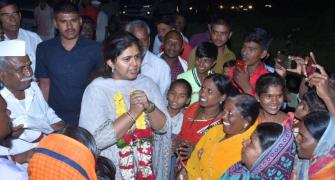 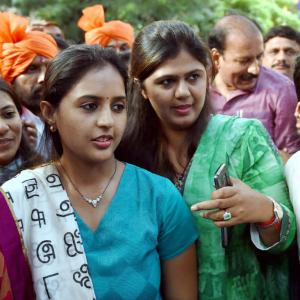 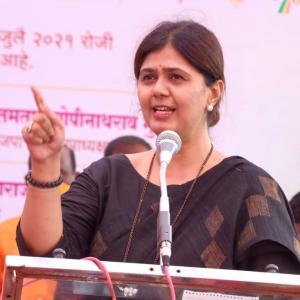