Amid efforts to break the stalemate over government formation in Jharkhand, the Bharatiya Janata Party on Sunday said it would take an 'appropriate decision' on Monday on forming the ministry with JMM support.

"There is no confusion in our party. Our parliamentary board has already decided to withdraw support to JMM. Subsequently, JMM gave a proposal that they will support us to form a government. A final decision will be taken tomorrow in this regard," Party leader Venkaiah Naidu told reporters in Chennai.

The BJP on Wednesday withdrew its support to the four-month-old Shibu Soren government when the Chief Minister voted against the cut motion in Lok Sabha. The BJP, however, put on hold its decision after Shibu's son Hemant, who is now playing a key role in talks between the two parties, wrote a letter to party chief Nitin Gadkari expressing support to a BJP-led ministry.

To a question on Union Fertilizer Minister M K Alagiri's irregular attendance during Parliament proceedings, Naidu said since he (Alagiri) was a Union minister, he should attend the Parliament regularly.

"He is free to speak in which ever language he desires and there are translators to do translation. I don't know what his concerns are," Naidu said.

On alleged telephone tapping of some political leaders, Naidu said it was 'unethical' and against the fundamental rights guaranteed by the Constitution.

"The magnitude of the issue is such that it affects the Constitutional guarantee of privacy and is misuse of power for political purposes".

Naidu said the UPA government had become a minority government but for the support extended temporarily by the Bahujan Samaj Party during the cut motions. 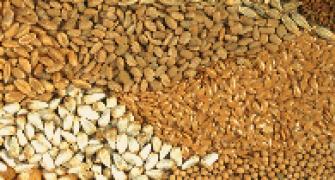