Bilkis Bano, who was allegedly gang raped and many of whose relatives were massacred in the aftermath of the Godhra train carnage in Gujarat, is understood to have identified 12 accused in the trial court.

The prime witness in the case, known as the Bilkis Bano gang rape-cum-murder case, deposed before the court in-camera on Tuesday.

Twenty people have been cited as accused in the case. Of these, 12 are charged with rape and murder. Eight others - a doctor-couple who performed the post mortem of the victims and six police officers - have been charged with shielding the guilty.

She also recognised the clothes she had worn on the day of the incident. She, however, could not recognise the policemen but gave their names to the court.

The examination-in-chief of Bilkis Bano is almost over and the cross-examination is expected to begin on Wednesday, Shah said.

Meanwhile, the prosecution has sought time from the court till March nine to reply to the bail petitions filed by six police officials and Dr Sangeeta Prasad.

Dr Arun Prasad, who is out on bail, has moved a discharge petition in the high court. The petition is likely to come up for hearing on March three.

On January 13, the court had framed charges against the accused for their alleged complicity in the crime.

A group of 17 members of the minority community, including Bilkis Bano, were attacked in the Devgarh Baria village of Dahod district on March three, 2002. While eight were killed, six others were reported missing and three -- Bilkis Bano, master Hussain and Sadaam -- survived. 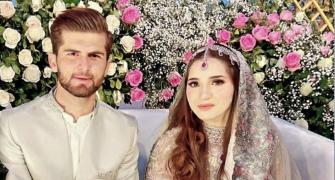