The death of the Ranvir Sena chief was followed by violence and arson in Ara, Patna and other places by Sena's supporters, officials said.

"After his return from New Delhi on Sunday afternoon, the governor sought a report from the state government on the situation," said an official in Raj Bhavan.

Ironically, except for the Left Front, neither the ruling alliance of Janata Dal  United and the Bharatiya Janata Party nor the opposition Rashtriya Janata Dal, Lok Janshakti Party or the Congress have condemned the unprecedented violence and arson in Patna by Singh's supporters.

Brahmeshwar Singh was killed by unidentified gunmen on Friday morning in Ara town in Bhojpur district, triggering violence by supporters of the Ranvir Sena, an outlawed upper caste private militia.

Thousands of people joined the funeral procession that started in Ara. Once the procession entered Patna, they indulged in violence and arson. They pelted stones at vehicles of top police officials and also damaged vehicles of media personnel, said the
officials.

"All the main roads in Patna were in control of Singh's supporters, who were plying on
hundreds of motorcycles and carrying bamboo sticks and iron rods. They targeted people's vehicles, the police and public properties," a district official said.

A police official, on the condition of anonymity, said that the state machinery surrendered before Singh's supporters as the police didn't even try to control the violence and arson.

"They attacked police officials, damaged public property, torched vehicles but the police took no action. It appears that the state government had decided to remain a mute spectator to the violence," said a police official.

The unprecedented violence also exposed loopholes in Nitish Kumar's much publicised claims of good governance and establishment of rule of law in Bihar, said the official.

"The administrative machinery was not visible on Saturday. Supporters of the slain Ranvir Sena chief took over Patna for hours," said Satyendra Yadav, a Left Front leader.

The circuit house in the town was set on fire and nearly a dozen other vehicles, including a bus, were torched.

Most political parties including the BJP and opposition RJD, LJP and Congress have demanded a Central Bureau of Investigation probe into the killing of Ranvir Sena chief.

The state government is yet to take a final decision on a CBI probe.

M I Khan In Patna
Related News: Ranvir Sena, Patna, Nitish Kumar, Brahmeshwar Singh, Bharatiya Janata Party
Print this article
Separate Telangana possible ONLY with us: BJP
Why Modi must be stopped in his tracks
I don't want to be Bihar CM again: Lalu 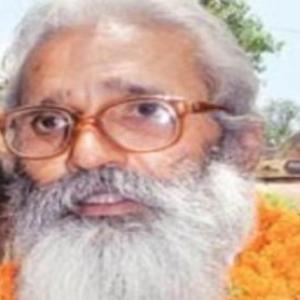