Greenpeace India, the environment protection organisation has suggested the Bihar government to adopt a decentralised approach based on renewable sources of energy to solve the prevailing issue of limited access to reliable energy in rural areas.

"A decentralised approach would not only solve the prevailing issue of limited access to reliable energy in rural areas, but also transform the economic situation of the state," Greenpeace suggested in its latest report Empowering Bihar: Policy pathway for energy access.

Bihar has been facing acute shortage of power. The report said that as against the demand of 1,500MW in the state, only around 950MW is available. Thus, the annual per capita consumption of power across the state is only 95 units against the national average of 717 units.

Considering the constraints of coal linkage and scarcity of natural resources, the state is struggling to augment power generation through conventional sources of energy, including thermal power plants.

According to the report, decentralised energy systems offer opportunities to transform the state's rural areas significantly by enhancing the overall socioeconomic capacities. The state has several natural and strategic advantages such as solar potential, which could be the main source of energy for the state in the coming years.

"Being an agriculturally-dominant state it has the potential to produce abundant agricultural residue that could be used for energy generation. Along with this, it also has potential for developing small scale hydro power and wind power in the northern parts of the state," the report said.

Ramapati Kumar, campaign manager, Greenpeace India, said that the organisation has been campaigning on decentralised renewable energy in Bihar since 2010, and believes that DRE can revolutionise the energy situation of the state.

"What is needed is a robust policy that would enable an environment to kick start the process," Kumar said.Bihar Deputy Chief Minister Sushil Kumar Modi too supported the organisation's recommendations.

Modi agreed that there is less potential for wind power in Bihar, but the state has strong and clear sunsine for 8 to 9 months a year, making it ideal for the production of solar energy.

Modi said that some renowned companies including Moser Baer had approached the government to set up renewable energy plants in the state.

Dr Anjula Gurtoo, lead author of the report said, "The report recommends integrated energy planning and institutional changes in the immediate short term while demanding adequate governance structures and policy changes in the long term. The suggestions in the report are aligned with the state's need to increase its investment capacity, generate developmental benefits and minimise environmental damage."

The biggest challenge before the government is to provide reliable energy access to approximately 89 per cent of its rural population.

"Greenpeace envisions that Bihar can become a champion state by becoming self-reliant in energy and thereby effectively provide quality energy services to its rural populace in a short period of time. Greenpeace is committed to help Bihar government to strengthen the RE policy and have suggested various policy option in bringing about a comprehensive policy and facilitate a process in the state," informed Arpana Udupa, Campaigner, Greenpeace India.
M I Khan in Patna
Related News: Greenpeace, Ramapati Kumar, DRE, Dr Anjula Gurtoo, Moser Baer
Print this article
India to move Portuguese court on Salem's extradition 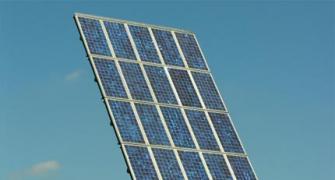 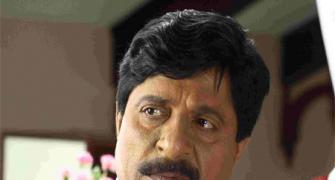 Nitish Kumar to campaign in UP polls from Jan 29