The Bihar CM has been expelled for anti-party activities, said a spokesperson. M I Khan reports from Patna Bihar Chief Minister Jitan Ram Manjhi has been expelled from the Janata Dal-United. He was sacked as the JD-U’s Legislature Party head on Saturday. Photograph: PTI photo

“JD-U national president Sharad Yadav has expelled Manjhi from the party for anti-party activities,” said Kumar, who is considered to be a close aide of Nitish Kumar, who was elected as the JD-U Legislature Party’s leader on Saturday.

Kumar added that the party has also informed Governor Keshri Nath Tripathi about the party’s decision to expel Manjhi from the JD-U.

“Manjhi is no longer with the JD-U. It is final,” he said. Kumar said that Manjhi is not a JD-U legislator after the party expelled him.

Calling Manjhi a “betrayer”, Yadav said that he was left with no other option.

“When the history of betrayal will be written, Manjhi’s name will be the first in it. He went to the extent of criticising the decision of party president and said that the latter had no power to call the meeting of the legislature party.

“He made comments that amounted to gross indiscipline against the party president. There was no way left other than to expel him from the party,” Tyagi said releasing the expulsion letter.

The JD-U also demanded that Governor Kesri Nath Tripathi ask Manjhi to take a trial of strength in the assembly within 48 hours.

Meanwhile, Manjhi, who just arrived back in Patna after meeting Prime Minister Narendra Modi in Delhi, announced he would not resign from the CM’s post and will prove majority in the state assembly.

“Soon after landing at Patna airport, Manjhi went to Raj Bhawan to meet the governor,” said an official.

Nitish Kumar has been given an appointment at 1:30 pm to meet the governor and stake claim to form government, former parliamentary affairs minister and a Nitish supporter Shrawan Kumar said.

“If we are allowed we will go inside Raj Bhawan to show our presence in favour of Nitish Kumar to the governor or else will wait outside it,” Shrawan Kumar said.

RJD President Lalu Prasad is expected to accompany Nitish Kumar and Sharad Yadav to the Raj Bhawan at 1:30 pm.

RJD MLAs have gathered at 10 Circular Road residence of Rabri Devi and are waiting for Lalu Prasad. A senior RJD MLA and former minister Raghvendra Pratap Singh has said he would press Lalu Prasad to support Manjhi. He claimed 7-8 MLAs are also of this view. 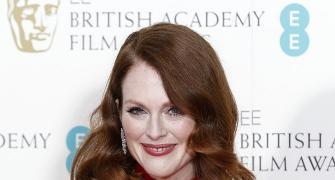 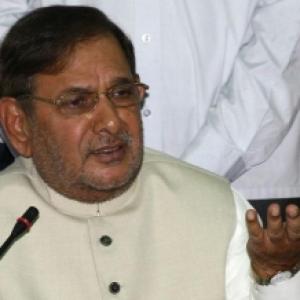 Manjhi bit the hand that fed him: Sharad Yadav 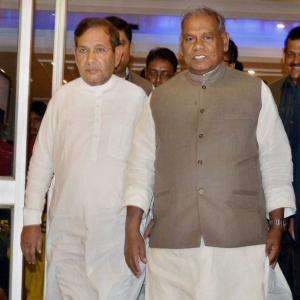