Big setback for Trump as Republicans fail to repeal Obamacare

Donald Trump has suffered a humiliating legislative defeat as Republicans were forced to pull their repeal of the Obamacare bill, prompting the United States President to warn Americans that “bad things are going to happen”. 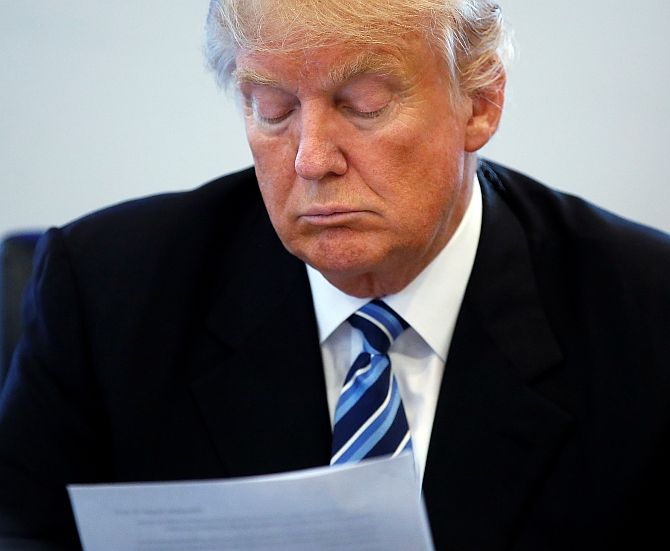 House Speaker Paul Ryan failed to garner enough votes in the Republican-controlled House of Representatives for the passage of the new healthcare bill to replace the Obamacare due to opposition from some of its own party lawmakers, in particular the one that have grouped themselves under the banner of Freedom Caucus.

The US House of Representatives -- similar to the Lok Sabha of the Indian Parliament -- has 435 members. The Republican party enjoys a simple majority in the House with 235 members.

However, Ryan, who had been leading the effort on behalf of Trump, could not muster the majority 215 votes.

As a result, in an effort to avoid the humiliation of a defeat, Ryan announced that he was withdrawing the move to have a vote on Affordable Care Act (Obamacare).

Unlike India, US Congress does not have an anti-defection bill, as a result of which US lawmakers are free to exercise their right to vote on a bill as per their wish and not according to dictate of the party leadership.

Blaming the opposition democrats for the failure, Trump warned that now Obamacare is going to stay, people would see a sudden rise in their insurance premium.

“As we got closer and closer everyone was talking about how wonderful (Obamacare) was. Now it will go back to real life, people will see how bad it is and it’s getting much worse. When President (Barack) Obama left, 2017 was going to be a very bad year for Obamacare,” Trump said.

“Going to see explosive premium increases and the deductibles are so high that no one is going to be able to use it,” he said.

Having fought and won the presidential elections on the platform of repealing and replacing Obamacare, Trump said he honestly believe that the Democrats will come to the Republicans and say “let’s get together and get a great health care bill or plan that’s really great” for the people in this country.

“I think that’s going to happen,” he said.

Trump said he was very close to getting enough votes in the House, but fell short of 10-15 votes.

“We were very very close. It was a very tight margin. We had no Democratic support,” the US President said.

“I’ve been saying for the last year and a half that the best thing we could do, politically speaking, is let Obamacare explode. It’s exploding right now,” he said.

“We couldn’t quite get there, we were a small number of votes short. There are many people who don’t realise how good our bill was,” he said adding that the people don’t realise there were two legislative phases to go.

“If (Democrats) got together with us, and got us a real health care bill, I’d be totally okay with that. The losers are Nancy Pelosi and Chuck Schumer, because they own Obamacare. They 100 per cent own it. They have Obamacare for a little while longer until it ceases to exist, which it will at some point in the near future,” Trump said.

“When they all become, civilised and get together, and try to work out a great health care bill for the people of this country, we’re open to it,” he said.

Trump told reporters that he would now focus his attention on tax reforms. 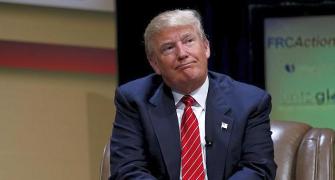 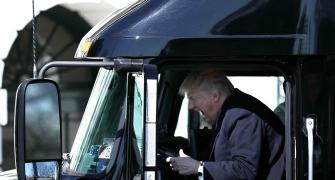 Trump sits in a truck, Twitter goes into overdrive 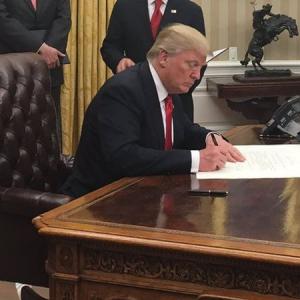 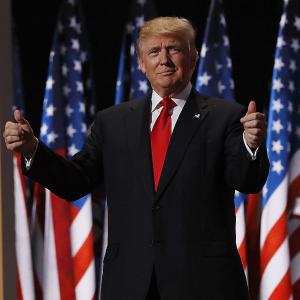