Top leaders of BJP-led National Democratic Alliance chalked out the strategy for a nation-wide strike call tomorrow against the government's "failure" to control price rise.

"This may be the first time in history of India's politics that almost all political parties will participate in the Bharat Bandh," NDA Working Chairperson L K Advani said after a meeting of the leaders.

He gave credit to NDA convenor and JD(U) president Sharad Yadav for bringing together even the non-NDA political parties for the one-day strike. Though the Left parties have given a call for a 'Bharat Bandh' separately tomorrow, RJD, SP, LJP
and some smaller parties will not be a part of the strike.

Referring to an advertisement in newspapers by the petroleum ministry claiming that a strike would not bring down prices of petroleum products, Advani said, "Even we do not claim that prices will come down due to Bharat Bandh.... Solution lies in the hands of the government. Unfortunately, there is no indication that the government has a solution."

He alleged that the government had become "insensitive" to the issue of price rise.

Advani maintained that though Congress-led UPA has been talking of espousing the cause of the common man since 2004, prices have been on the rise. "Despite so much increase in food prices, the government has increased the prices of petroleum products," he said.

He said price rise issue had figured prominently in the last few sessions of Parliament. It will figure again in the forthcoming monsoon session, he said.

Yadav claimed that tomorrow's agitation would be "extraordinary and unprecedented" as the people were "completely fed-up" with price rise.

The NDA leaders argued that whenever prices have been decontrolled the costs have gone up.

Yadav gave figures of prices of petrol in different countries to argue that its cost in India is very high. He tried to prove that the cost of petrol was only Rs 16.50 but after several taxes it was being sold for Rs 53.05.

Emergency services will not be disrupted during the strike. Advani appealed to all NDA members participating in the strike to ensure that it is conducted peacefully.

The  NDA has made elaborate plans for Bharat Bandh. While BJP President Nitin Gadkari, Yadav and Shiromani Akali Dal MP Harsimrat Kaur will lead the strike at Chandni Chowk in Delhi, Leader of Opposition Sushma Swaraj will be in Bhopal and her counterpart in Rajya Sabha Arun Jaitley and party vice-president Mukhtar Abbas Naqvi will be in Lucknow.

Among other leaders, Venkaiah Naidu will be in Hyderabad, Ananth Kumar in Bangalore, Gopinath Munde in Mumbai and Vasundhara Raje in Jaipur, according to Naqvi.

He said the party leaders have been deputed to states to ensure success of the nation-wide 'bandh' called against rise in prices and "arrogant attitude of the Central government". All MPs and MLAs have been asked to hold protest demonstrations in their respective constituencies. 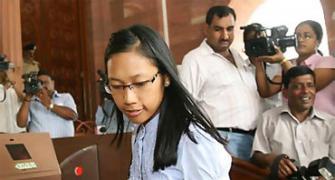 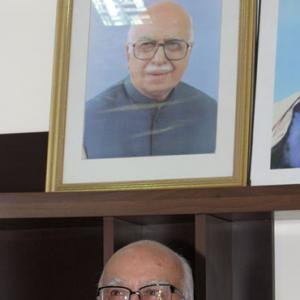