Please click on the images for glimpses of the ceremony. 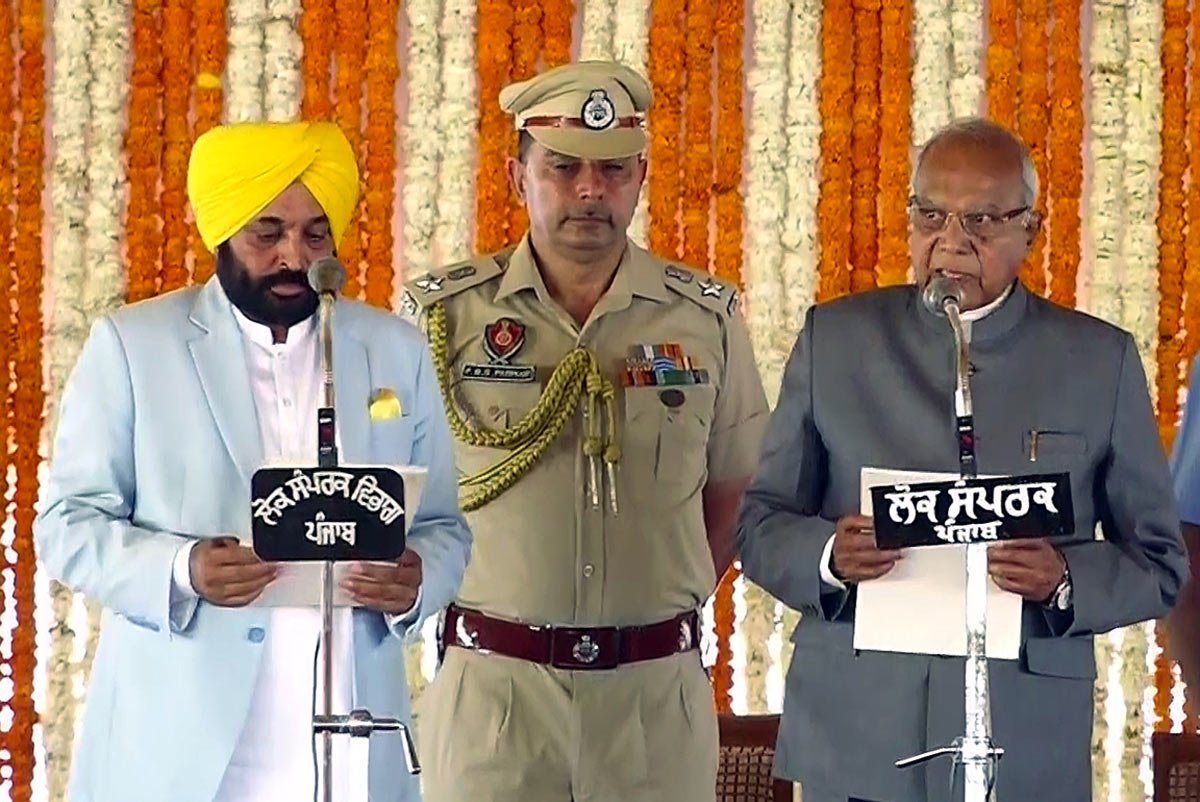 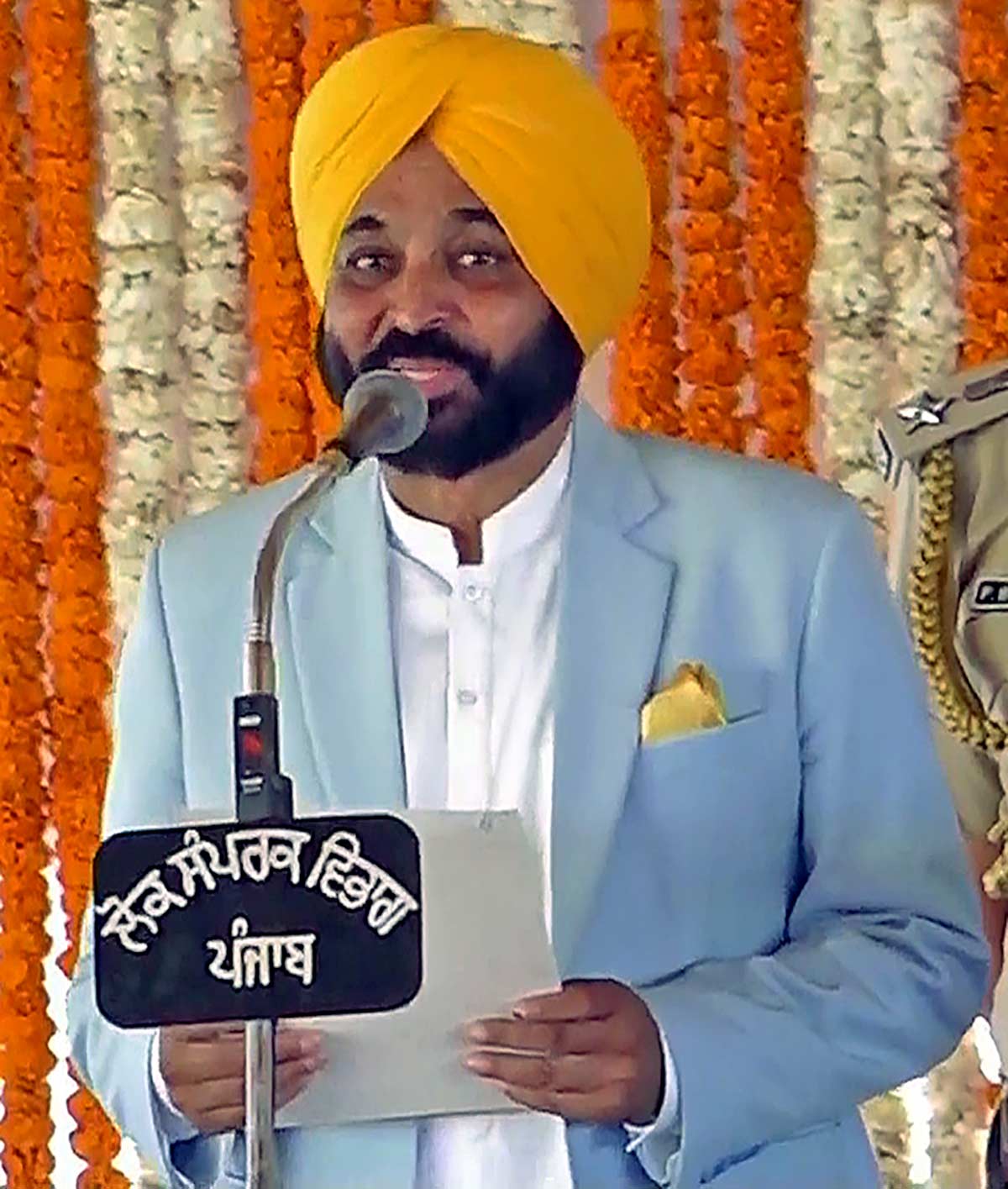 IMAGE: Mann, who was twice elected to the Lok Sabha, resigned from Parliament on Monday. 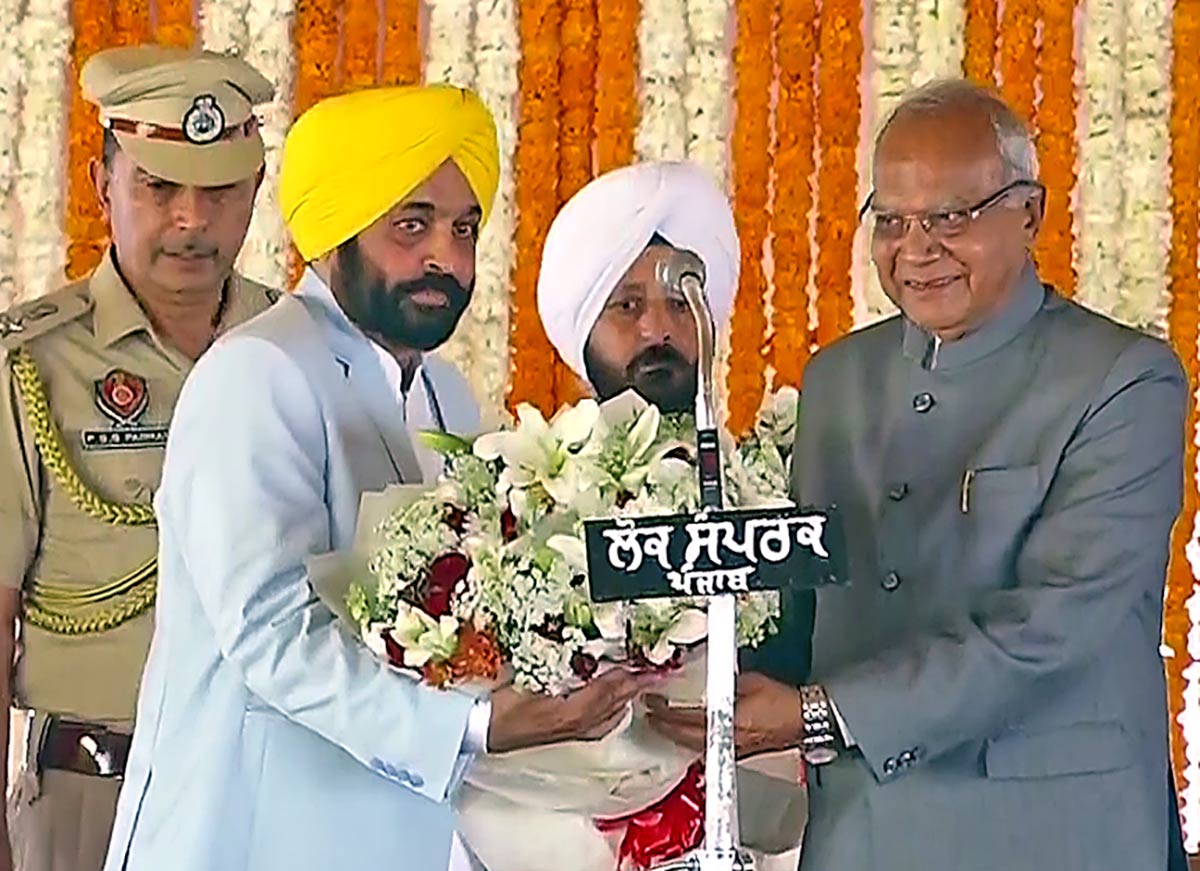 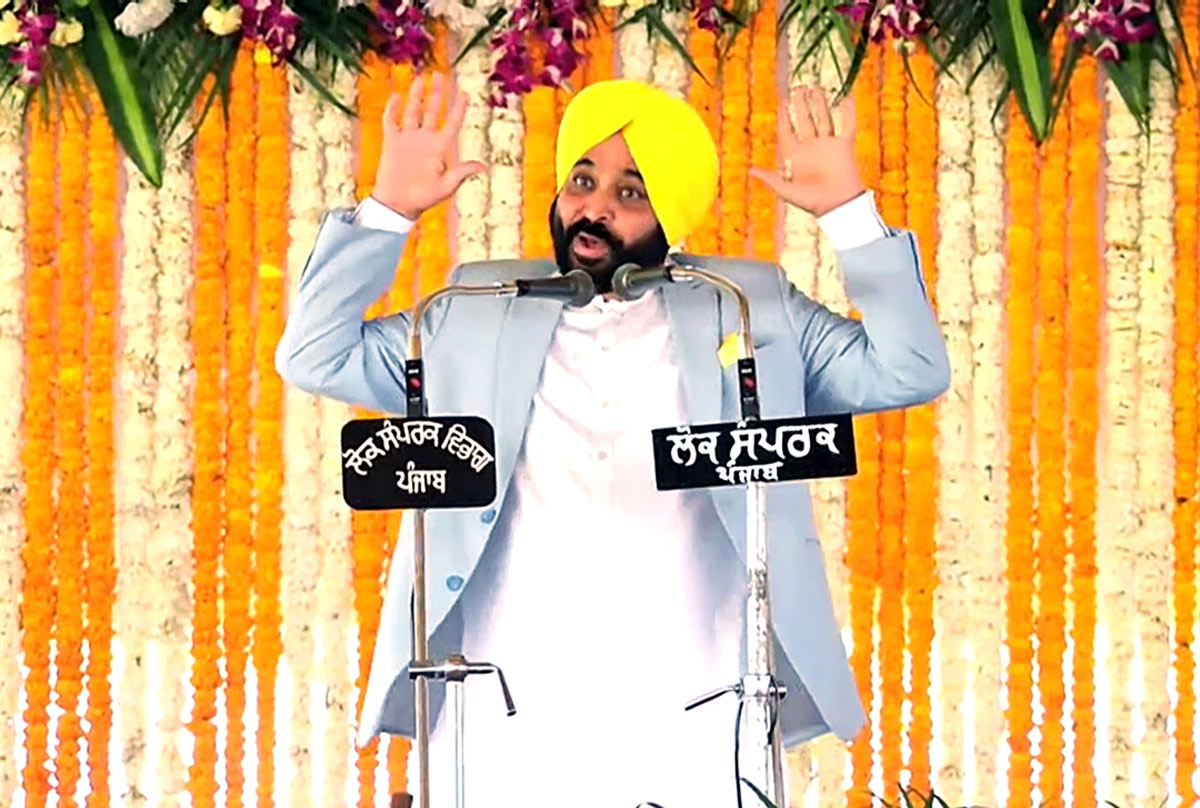 IMAGE: A month before the election verdict, Dr Kuldip Singh, professor at Guru Nanak Dev University in Amritsar, had told Rediff.com, 'As a Lok Sabha member of Parliament, Mann has used his MP fund judiciously which has been noted by the people of Punjab. His mother lives in a village while he stays in a rented house despite being an MP for 8 years. Hence, he is seen as an ordinary person.' 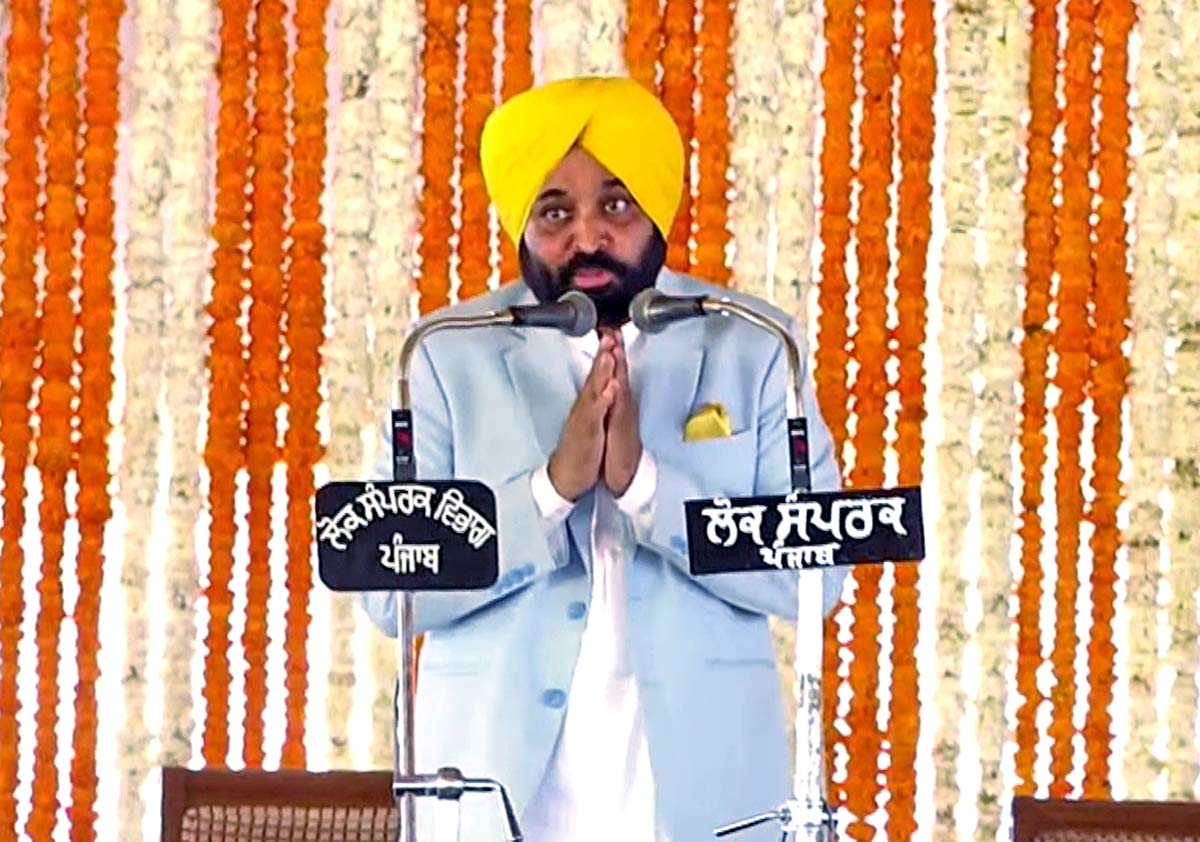 IMAGE: Before joining politics, Mann was widely known in Punjab for singing songs, making music and acting as a comedian in Punjabi films. His shot at national fame came in 2008 when he got a chance to perform in The Great Indian Laughter Challenge on Star Plus. Post the India Against Corruption movement, when Arvind Kejriwal launched his Aam Aadmi Party, Mann joined him.