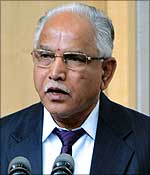 To the Karnataka strongman’s shock, his staunchest followers did a U-turn and decided to stay back in the BJP, says Vicky Nanjappa

When former chief minister B S Yeddyurappa walked out of the Bharatiya Janata Party to form the Karnataka Janata Party, he had expected at least 30 Members of Legislative Assembly from the BJP to follow suit.

To the Karnataka strongman’s shock, his staunchest followers did a U-turn and decided to stay back in the BJP as they fear that their political careers will end if they joined Yeddyurappa and tried to pull down the ruling BJP government in the state.

Only 13 MLAs have publicly expressed their support for Yeddyurappa so far and put in their resignations. In the 212-member assembly, the BJP now has the support of 106 MLAs, including that of the Speaker.

Yeddyurappa and his supporters are trying desperately to rope in some more MLAs from the BJP so that the ruling party loses its simple majority in the assembly.

The former CM may be merely trying to trouble the government. Yeddyurappa and his loyalists want the BJP government to complete its term as they do not want to be accused of toppling a stable government.

The Karnataka strongman’s supporters have realised that he was a more effective mass leader when he was part of the ruling party. His constant threats and deadlines to his party have only hurt his chances in politics.

The biggest shocker for Yeddyurappa was the refusal of his trusted aide Basavaraj Bommai to leave the BJP. Sources close to Yeddyurappa reveal that the senior political leader had been moved to tears over Bommai’s ‘betrayal’.

Bommai, who belongs to the same region as Chief Minister Jagadish Shettar, wants the ruling government to complete his term. He was apprehensive of the backlash from his constituents if he contributed to toppling a government led by Shettar.

Yeddyurappa is reportedly trying to woo MLA Renukacharya, but had been unsuccessful so far as the BJP leader also wants to complete his term.

BJP leaders believe that they have managed to contain the threat posed by Yeddyurappa for now, as the mass exodus promised by the former party leader turned out to be a flop show.

The BJP wants to no further political hiccups till they pass the budget. They are currently in talks with the five independent MLAs who will be able to bail them out if Yeddyurappa tried to foment trouble.

The BJP has the confirmed support of only two independent MLAs till now -- Shivraj Tangi and Gulihatti Shekhar. The remaining three independent MLAs are likely to back the Congress Party, which has assured them that they will be given tickets to contest the next state election.

The BJP has also put forward a half-baked complaint to the Speaker to disqualify the 13 MLAs. But experts point out that the complaint does not have a great deal of legal sanctity.

The petition for disqualification was filed on the ground of anti-party activities and it should have been signed and submitted either by the party president of the chief whip. But the BJP’s plea was filed by its MLAs.

The BJP leadership wanted the MLAs to resign, not to be disqualified. The party’s political calculations have led it to believe that if will benefit substantially in the next election if Yeddyurappa did pull down the government.

In this political circus, the ball is now in the Speaker K G Bopaiah’s court. He has to decide whether he will accept the resignations of the 13 BJP MLAs.

The Speaker is likely to drag the issue to give his party some time to get its affairs in order and ensure the stability of the government.

Bopaiah has claimed that the BJP’s plea for disqualification of the MLAs has not reached him yet. He is unlikely to take a decision about the plea any time soon.

Incidentally, Bopaiah had earlier been pulled up by the Supreme Court when he had disqualified a few MLAs ahead of a very crucial trust vote faced by the BJP government, led by then chief minister B S Yeddyurappa. 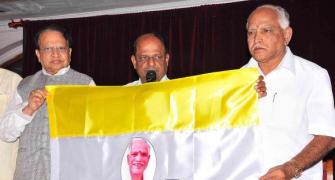 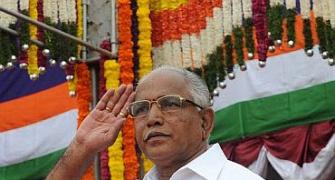 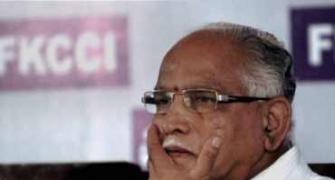 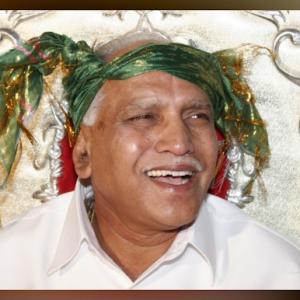 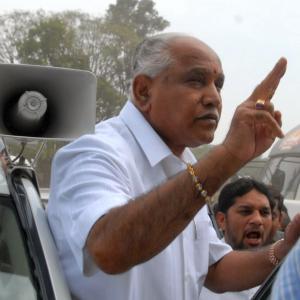