By Vicky Nanjappa
Last updated on: June 20, 2011 22:48 IST
Union Law Minister Veerappa Moily recently said that chargesheeted candidates may be barred from polls. But those who attended consultations on electoral reforms say the government lacks the political will to do so. Vicky Nanjappa reports

There has been a long-standing demand to bar criminals from contesting the elections and only recently Union Law Minister Veerappa Moily said that a consensus to debar chargesheeted candidates had emerged during regional consultations on electoral reforms.

The matter will have to be discussed further before recommendations are made to the government, he said. However, he was positive that these demands would come through.

But is the law minister telling us the half-truth? If sources are to be believed, the issue of barring criminal candidates was not the only one up for discussion. A majority of these meetings turn out to be grievance-redressal forums for parliamentarians and legislators, say sources.

The biggest grievance of candidates was that the Election Commission has become very strict. Many leaders complained about problems in the voters lists. Only 10 per cent of the time was spent on debating and discussing real issues, say insiders.

Anil Bairwal, coordinator of the Association of Democratic Reforms, who has participated in most of these meetings, points out that the biggest drawback of the consultations was that it did not see any participation from the public. "The participation was by invite only. Any decision with regards to leaders concerns the public and hence their involvement is important," he said.

The consultation sessions were attended by MLAs, chief ministers and members of the Election Commission.

About Moily's optimism on banning criminal candidates from polls, Bairwal said that such exercises of consultations have been conducted in the past, but in vain. "Congress chief Sonia Gandhi had said that criminal candidates should be barred from contesting elections. However, election after election the Congress continues to float candidates with criminal backgrounds. I do not want to be too cynical and really hope something comes out of these deliberations, but the political will is lacking," he said.

"A few consultations are not sufficient to bring about a change. A lot of issues have been discussed and recommendations given, but has not reached any logical conclusion. See what is happening with the Lokpal Bill -- a lot of recommendations can be shot down at the last moment," he added.

Moily had made a similar proposal regarding tainted ministers even when he was the chairman of the administrative reforms commission. Did anything come out of it? No. To his credit, he has taken the lead and is doing the best he can.

"This subject is a serious one and just issuing mere statements will not do. Moily does speak of overwhelming support for barring criminal candidates, but from what we saw at the meeting, we did not find anything of the sort. In fact, the subject saw little discussion," said Bairwal.

Section 125A of the Representation of the People Act, 1951, should be amended to provide for more stringent punishment for concealing or providing wrong information on Form 26 of the Conduct of Election Rules, 1961 to minimum two years imprisonment. The alternative punishment of assessing a fine upon the candidate should be done away with.

Any person against whom a charge has been framed by a court of law for which the punishment is imprisonment of two years or more should not be allowed to contest elections, and any political party that gives a ticket to such an individual should be deregistered and derecognised.

Electronic voting machines should have an option or a button for  -- none of the above. Political parties should be required to maintain proper accounts. The Institute of Chartered Accountants of India has recently drawn up guidelines concerning formats, frequency, scrutiny etc of accounts to be maintained by political parties. The EC should make these guidelines mandatory, and any failure to comply with these should lead to de-registration of the party.

There should be a ceiling on the expenditure that a candidate can incur during elections. This ceiling should be fixed, and revised periodically, by the EC, without the need of any reference or recommendation to the government.

The government should empower the EC to take steps necessary to ensure (a) accurate, updated electoral rolls, (b) that every citizen to be able to (i) register her/his vote at any place of his choice (ii) to be able to cast one's vote wherever one happens to be on the date of polling.

Common electoral rolls should be used for all elections -- be it the parliamentary and state assembly elections or the local body and panchayat ones.

If any independent candidate fails to win five per cent of the vote or more, he should be debarred from contesting as an independent for the same office for six years. An independent candidate who loses election three times consecutively for the same office should be permanently debarred from contesting election to that office. A person should not be allowed to contest from more than one constituency at a time.

There should be a provision for filing election petitions even against candidates who have lost the election if they have indulged in corrupt practices.

A new Section 126-A should be introduced in the Representation of the People Act, 1951, prohibiting conducting of exit polls and publishing results in any manner. This amendment should cover opinion polls also, and that Section-126 (1)(b) should be made applicable to the print media as well.

Use of religion, caste, community, tribe, and any such form of identification for electoral gain or for gathering political support should not be allowed. The Representation of the People Act, 1951, should be suitably amended to give the EC powers to take action against those candidates and political parties who resort to it. Such actions should include, but not be limited to, disqualifying candidates from contesting elections and deregistering the offending political parties. Political parties should also not be allowed to use overtly religion, caste to their credit.

There should be a limit prescribed for the amount of donation that a political party can accept from an individual, company, organisation, or any entity. Parties should maintain proper accounts, which should be audited by auditors recommended and approved by the Comptroller and Auditor General of India.

As of today, there are 153 MPs who have a criminal records of which 43 are from the Bharatiya Janata Party and 41 from the Congress. Seventy-four MPs have very serious criminal charges against them among which 15 have been charged for murder. Assembly polls: One fourth of MLAs have criminal records
2G scam: Why Dr Singh's credibility is at stake 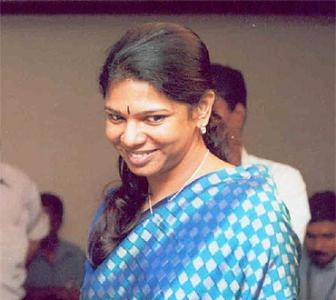 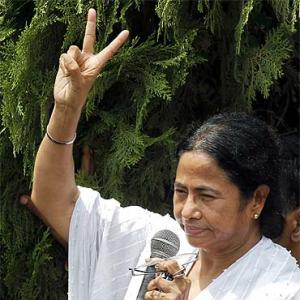 Bengal has most criminal MLAs; TN most crorepatis