Dr Shambu Banik has been appointed to the Board of Directors of the Public Members Association of the Foreign Service at the US Department of State.

The paid appointment, for a term of three years, involves security clearance and a special State Department pass. The Association's responsibilities include reviewing the performance records of diplomats stationed in the US, and recommending them for promotions, meritorious service increases, and other personnel-related actions.

"I feel honored to be selected to this board at the State Department,' Banik, a clinical psychologist and adjunct professor of psychology at Bowie State University in Maryland, told rediff.com

Dr Zachariah P Zachariah of Fort Lauderdale, Florida, a close Bush family friend and among the leading fund-raisers for the GOP, was among the attendees; others from the community included Dr Akshay Desai of St Peterburg, Florida and Joe Melookaran of Kansas, both members of the President's Advisory Commission on Asian American and Pacific Islanders; Dr Sambhu Banik, the first Indian American delegate elected from Maryland to the Republican National Convention; Houston-based businessman Dr Durga Aggarwal and others.

'This is a time to celebrate the achievement of millions of Americans of Asian Pacific ancestry,' Bush remarked. 'Today, Asian Pacific Americans are making their mark in all walks of life, including business and politics, and education and community service, and the arts and science.' 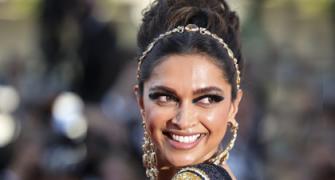 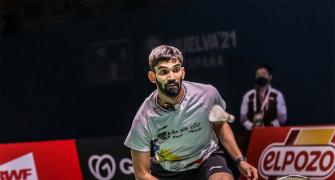 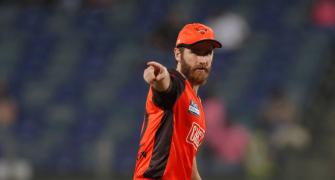