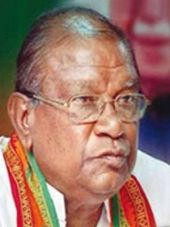 Jailed former Bharatiya Janata Party president Bangaru Laxman was on Thursday granted bail by the Delhi high court in a case against him for taking bribe in a fictitious defence deal.

"The convict appellant (Bangaru) is enlarged on bail on furnishing of a personal and surety bond of Rs 50,000 each," justice A K Pathak said.

72-year-old Bangaru was taken into custody on April 27 to serve a four year imprisonment awarded by a special Central Bureau of Investigation court for taking Rs 1 lakh as bribe from some undercover journalists in 2001 to fix a fictitious defence deal to supply some equipment to the Indian Army.

On September 4, Bangaru had moved the high court seeking bail in the case on the ground that he was old and suffering from various ailments.

He had also cited a high court judgement on sting operations and said that inducing a person to commit a crime is "prohibited".

Earlier, Bangaru was sentenced to four years in jail, besides a fine of Rs 1 lakh, after being convicted under the Prevention of Corruption Act for accepting Rs 1 lakh bribe from a fake arms dealer in the fictitious deal in 2001.

Bangaru was caught on camera in the sting operation accepting money in his chamber in the party headquarters and had to quit as BJP chief shortly after the expose which had created a huge political storm.

The sting was conducted by news portal tehelka.com. The video CDs were released by the portal on March 13, 2001.

The scribes of the portal had posed as representatives of a fictitious UK-based company West End International and sought Bangaru's recommendation to the ministry for supply of "hand-held thermal imagers", a fictitious device, for the Indian Army.

According to the CBI charge sheet, the Tehelka scribes held eight meetings with Bangaru between December 23, 2000, and January 7, 2001, projecting themselves as supplier of defence-related products.

The CBI had alleged that Bangaru had accepted Rs 1 lakh from the representatives of the purported firm on January 1, 2001, at his office for pursuing their proposal to supply the products to the army.

Bangaru's former personal secretary T Satyamurthy, who was a co-accused, had been granted pardon by a trial court after he turned an approver in the case. 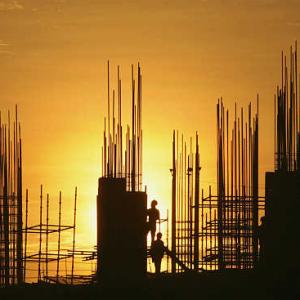 Will India see a reforms-fuelled burst of growth?