The execution of Balwant Singh Rajoana, a co-accused in the killing of former Punjab chief minister Beant Singh in 1995, is taking political connotations in the state even as top leadership of main parties Shiromani Akali Dal and Congress treaded cautiously on the issue here in Chandigarh.

Before the commencement of the first session of the assembly, Chief Minister Parkash Singh Badal was circumspect while replying to media querries on the issue.

"The crime has not taken place in Punjab. It happened in the Union Territory, so any decision on execution of Rajoana will have to be taken by the UT," Badal told reporters here while refusing to make any further remark on the issue.

However, Ravneet Singh Bittu, a Congress member of Parliament from Anandpur

Sahib and grandson of late Beant Singh, said Punjab government should immediately make its stand clear on the issue.

"Rajoana had never sought pardon...however, there is no question of giving him relief," he said adding "I fail to understand why Punjab government is confused on the issue."

Punjab Jails minister Sarwan Singh Phillaur said "any decision on the issue will be taken keeping in mind the law and verdict of the court."

Punjab Congress chief and former chief minister Amarinder Singh said "he is not clear on this legal issue and so he will first go into its detail before making any statement."   Meanwhile, Gurbachan Singh, the head of Akal Takhat, the highest temporal seat of Sikhs, had convened a meeting of top five Sikh priests at Amritsar tomorrow to take any decision on the issue.

Meanhwile, Rajoana had expressed desire to donate his body and eyes, Patiala jail sources said. However, the execution of Rajoana is likely to be delayed as a trial in a Patiala court is pending against him. Additional District and Session Judge, Chandigarh,

Shalini Nagpal had last week issued a warrant of death sentence against the Babbar Khalsa terrorist.  According to the warrant, Balwant will be hanged on March 31 in Patiala Central Jail.

Jail sources said they have written to the Punjab director general of police (jails) seeking clarification on whether a death warrant can be carried out when a case is under judicial process against a convict.

Human rights activist and lawyer Barjinder Singh Sodhi has questioned the order for execution of Balwant Singh as a case against him, relating to explosives, was still pending.

There is also the question who will hang Balwant as Punjab has no hangman now. The jail authorities have raised this matter as well.

Balwant himself had requested a court to fix the date for his execution and the judge signed the death warrant that he should be hanged in Patiala Central Jail on March 31 at 9 am.

Three other accused Lakhwinder Singh, Gurmeet Singh and Shamsher Singh were sentenced to life imprisonment for hatching the conspiracy to kill Beant Singh.

Beant Singh was killed in the high-security Punjab civil secretariat in Chandigarh, when a suicide bomber, Dilawar Singh, blew himself up, on August 31, 1995.

Rajoana was the second human bomb to be used in case Dilawar failed in his mission. 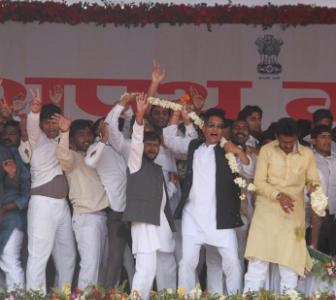