Amid tight security, hundreds of Gujjars led by Kirorisingh Bainsla began their march from Gudla village, 400 km from Jaipur, to step up pressure on Rajasthan government to fulfil their demand for five per cent quota in state jobs. The Gujjars, who shouted anti-government slogans, started their road march for Hindon city, about 20 kms from Gudla, this afternoon, Superintendent of Police, Karauli district, Mahendra Singh Choudhary said.

Authorities have made unprecedented security arrangements with thousands of armed cops including Reserve Armed Constabulary jawans being deployed on either side of the highway, the SP said. Karauli Collector Neeraj K Pawan said no one one will be allowed to disturb the law and order situation in the district. When asked whether the protesters would move towards Jaipur, the Collector said "it is difficult to say anything at this moment as Bainsla had said on Saturday that he would decided on the course of action after reaching Hindon.

"(But) We have made a fool-proof security arrangement to meet any eventuality and no one would be allowed to disturb law and order situation in the district." Bainsla had last month decided to undertake a march to Jaipur if their demand for reservation was not met by March 26. However, the march was postponed following government's invitation to hold talks. Yesterday while addressing a mahapanchayat at Gudla village, Bainsla has said the deadline for Chief Minister Ashok Gehlot to fulfil the promise he made on quota for Gujjars on April 1 had expired.

"As the entire quota bill was stayed in the High Court, the Gehlot government has assured to take care of the community by reserving five per cent vacant seats for us", Bainsla said. After ten days, the state government has not moved a step further, hence "we will start march from Gudla to Hindon, and then to Jaipur", he had warned. Gujjars had held a sit-in demanding five per cent reservation for especially backward class (which included Gujjars, Banjara, Gadia Luhar, Raika and Rebari) on March 23 at Gazipur in Dausa district.

After several rounds of meeting with the state government, Bainsla had on March 31 announced that the intensity of the agitation would be reduced following Gehlot's assurance to fulfil the demand. Nearly 70 people were killed in violent agitations in 2007-08 demanding quota for Gujjars. 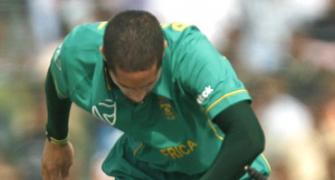