'Resistance will always develop. Bacteria will develop resistance over time...'

'We ought to do something now because even the bacteria we have treatments for now we don't use wisely.'

'We have reached a point where there aren't any new antibiotics coming out.'

Dr Arjun Srinivasan, the acclaimed scientist who is an expert on bacterial resistance, speaks to Rediff.com's P Rajendran. 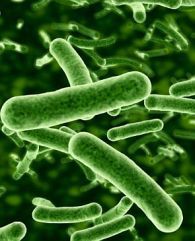 Dr Arjun Srinivasan, left, below, has been advocating more effective ways to deal with infections in health-care facilities, particularly in the face of bacterial resistance, which he says is reaching the point where new antibiotics are no longer a real solution.

Dr Srinivasan, associate director of Healthcare-Associated Infection Prevention Programmes in the Division of Healthcare Quality Promotion at the Centres for Disease Control and Prevention in the United States, has the unenviable task of monitoring and coordinating efforts to eliminate such infections in health-care facilities.

He had some preparation for this: He focused on antibiotic management at Johns Hopkins University, where he was an assistant professor of medicine at its Infectious Diseases Division.

Dr Srinivasan grew up in Jackson, Mississippi, influenced by his father Asoka, who infected his son with his own passion in research -- in the father's case, insect chemical communication -- during general discussions on biology.

His mother, who was director of the University Press of Mississippi, had a degree in literature.

As her son put it, "I would like to think that made me a better writer than I would have been if she hadn't been so well-versed in English literature."

Dr Srinivasan went to Davidson College in North Carolina and medical school at Vanderbilt University before completing his medical training at Johns Hopkins University. He started a programme there to improve the way antibiotics were used.

Why has antibiotic resistance become such an important issue?

The situation we find ourselves in now is one where the development of resistance has outpaced our ability to make new antibiotics.

Resistance has always been a problem, but in the past we always had a new antibiotic that was still effective against the resistant bacteria.

Now we have reached a point where there aren't any new antibiotics coming out.

So, we do not have new solutions to the problems of resistance. We don't have new drugs we can turn to.

What is the most important issue here? Resistance, because bacteria have often encountered lower doses making the likelihood of them evolving slowly over generations into more resistant to antibiotics?

Or the fact that conditions are ripe for bacteria to flourish -- in terms of sanitation, etc?

Probably, all of the above. I don't think we know enough to discern which of those factors is more important. They are all important and all of them have to be addressed.

You don't think some are more important than the others?

I really don't think that we can say with confidence that one is any more important than the other. So the issues related to the use in agriculture (both plants and livestock) -- that is important.

But the overuse of antibiotics is also very important. So I think that all of these are contributing factors that have gotten us into the predicament we find ourselves.

You have a particular interest in Acinetobacter bacteria...

My focus tends to be on resistant bacteria that are big problems in hospitals and other health-care settings. Acinetobacter is a very important one. Carbapenem-resistant Enterobacteriaceae.

You know the NDM bacteria (New Delhi metallo-beta-lactamase 1, which was first treated in the Indian capital)? That family of bacteria ... is called CRE. That is another one that is very important for me as well.

You work mainly with Gram-negative bacteria (they are not stained by a dye called crystal violet), right? 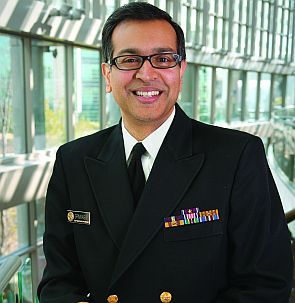 For the most part, yes. The Gram-negative bacteria are the ones right now that we really don't have treatment options for.

The resistant Gram-positive bacteria (which retain the dye) remain very, very important, especially like MRSA (Methicillin-resistant Staphylococcus aureus) is a very important cause of infections.

But the distinction between the Gram-negative and the Gram-positive is that, for MRSA, there are a number of effective treatments available.

Whereas, for the highly resistant Gram-negative bacteria, we are running out -- and in some cases we have totally run out -- of therapies.

You are correct. Resistance will always develop. Bacteria will develop resistance over time...

The take home message for all of us is that we really ought to do something now because even the bacteria we have treatments for now we don't use wisely.

We run the risk of these treatments becoming ineffective in the future.

Which are the most worrisome cases of resistance now?

One is that these are very difficult to treat infections. There are very few treatment options for these CRE organisms.

They are also very transmissible -- they spread very quickly in hospitals and healthcare settings.

And we think there is an opportunity to act to prevent them because they are not widespread in healthcare settings in the United States.

Viruses are quicker to adapt than bacteria because they are smaller, can divide faster, and carry a smaller genetic payload.

I have heard about phage treatment -- the use of viruses that target bacteria as a treatment option.

I do not know that much about phage treatment. I think it is a potentially exciting technology, but I am not aware of phage treatments that are on the near horizon in terms of being used in patients.

What are the other treatments that you think will work?

People are looking at antibodies that might target specific bacteria. There are a number of different approaches that people are taking.

They are all incredibly important and we need to be focused on developing new technologies, new treatments.

But those are all very far away and in the meantime we have to do a much better job of using the therapies we have available to us.

You deal with bacteria. But do you worry that viruses can also pose a similar threat?

Resistance is a problem in all of these pathogens.

Are there strategies that reduce resistance -- such as changing treatments often so that resistant bacteria don't retain their selective advantage (because they get all the required resources when the non-resistant ones die) and replace all the vulnerable ones?

That is an approach that theoretically should be effective. But it has been studied, at least (in a few different trials in the United States involving) bacteria.

What they found is that it was not effective in preventing the development of resistance. So that is a practice that has fallen out of favour in this country (the United States).

So would you recommend that people get a full dose of antibiotics, or avoid them as much as possible?

Do you fear any fast-moving global pandemics caused by bacteria?

If you look at the issue of CRE, it is a good example that bacteria, including resistant bacteria, don't respect borders or boundaries.

In a society where we are increasingly mobile, people move around between countries, they will take their organisms with them. There are many examples of that happening.

The shrinking of the world poses challenges (involving the transmission of) resistant bacteria as well.

In India, there is the incautious use of antibiotics for problems that have little to do with bacteria (like common cold), heat, humidity and sanitation, all of which contribute to bacterial resistance and growth.

How would you address the problem of resistance there?

The approach that I have seen taken in India with the recent publication of the Chennai Declaration.

This is a broad approach that a number of professional organisations in India are putting forward to try and tackle antibiotic resistance.

I think it is the right approach because it tries to address all of the contributing factors...

Resistance is complicated. There are a lot of things that contribute and they all have to be addressed. They are all important.

The Chennai Declaration, I think, does a very nice job of laying out the important causes of resistance and also lays out some important solutions...

I think it would be good for your readers to know that there is a movement underway in India -- from the Indian health authorities and experts in infectious diseases and health in India -- to really try and address this problem, not by applying someone else's solution but by developing their own. 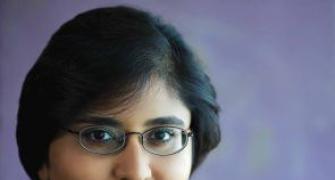 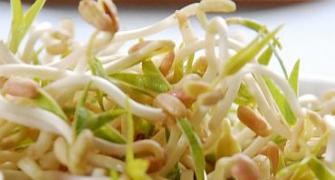 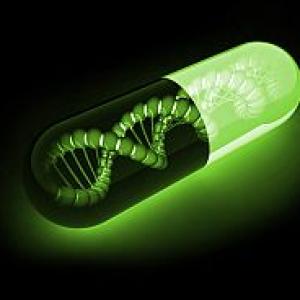 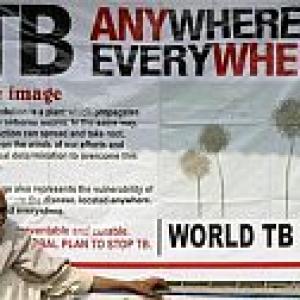