Dubbing prosecution witnesses in the Babri mosque demolition case as “liars”, veteran Bharatiya Janata Party leader Murli Manohar Joshi on Thursday asserted before a special Central Bureau of Investigation court that he was innocent and implicated in the case by the then Congress government at the Centre. 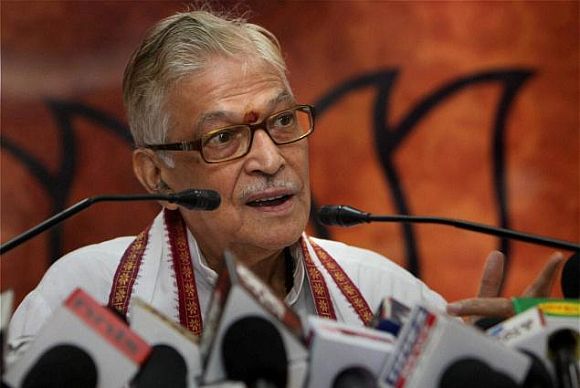 The 86-year-old leader pleaded innocence while making his statement under section 313 of the CrPC through video conference to the court of Special Judge S K Yadav, who is holding the trial in the case.

Former deputy prime minister L K Advani, 92, too is slated to depose before the Lucknow court through video links from New Delhi on Friday.

In his deposition to the court, Joshi accused the then central government of “falsely” implicating him out of “political vendetta”.

He also refuted the prosecution evidence saying they all were “false and inspired by political reasons”.

“The entire investigation was conducted under the political influence and he was charged on the basis of false and fabricated evidence,” Joshi told the court.

At this, the judge asked him why then the prosecution witnesses have deposed against him and Joshi retorted, “All the witnesses are liars. They have deposed due to political reasons and under the influence of police.”

During the court proceeding, the court posed as many as 1,050 questions to Joshi and he replied to each one of them.

As the judge sought Joshi's comment over various pieces of evidence led by the CBI on the basis of different video clipping and newspaper cuttings, the former Union HRD minister said the entire evidence is "false and fabricated".

During the proceeding, Judge Yadav apprised Joshi of the statement of a CBI witness, in which he had averred that Kalyan Singh was sworn in as UP chief minister on June 25, 1991 and went to the Ram Janmabhoomi site in Ayodhya the next day along with his Cabinet colleagues.

The judge told Joshi that, according to the CBI witness, at the Ram Janmabhoomi site in Ayodhya, Kalyan Singh had pledged for building the temple at the very place, chanting “Ram Lala Ham Ayenge, Mandir Yahi Banayenge (Lord Ram, we will come and make the temple here itself)”.

The judge then asked Joshi to explain the statement of the CBI witness.

Joshi replied that it was true that Kalyan Singh had gone to Ayodhya but, he said, the rest of the averment of the prosecution witness was false.

The judge also showed Joshi a photograph taken on June 26, 1991 at the Ram Janmabhoomi premises, in which he is seen standing with the then Uttar Pradesh chief minister Kalyan Singh and asked the BJP leader to explain it.

The photograph was handed over by one Swapna Das Gupta to the CBI during the investigation.

Joshi asserted that the relevant news items were false and were made part of the investigation by the CBI due to “political malice and ideological differences”.

Joshi told the court that he would present evidence in his defence at the appropriate stage of the trial.

After Joshi completed his deposition to the court, Judge Yadav asked his office to send a copy of his statement to the CBI in New Delhi.

The CBI will then get Joshi's statement signed by him in New Delhi and send it back to the court in Lucknow.

The court recorded Joshi's statement in the presence of his counsel Vimal Kumar Srivastava, K K Mishra and Abhishek Ranjan.

The counsel for prosecution agency CBI, Lalit Singh, R K Yadav and P Chakravarti too were present in the court during its proceeding.

The court is presently at the stage of recording the evidence of various accused, totalling 32, in the Babri mosque demolition trial after examination of the prosecution witnesses.

At this stage of the trial, an accused gets the opportunity to refute the prosecution evidence against him.

The mosque in Ayodhya was demolished on December 6, 1992, by 'kar sevaks' who claimed that an ancient Ram temple existed at the same site.

Advani and Joshi were among the BJP leaders, spearheading the Ram Janmabhoomi temple movement at that time.

The court is conducting a day-to-day hearing in the case to complete its trial by August 31 as directed by the Supreme Court.

BJP leader and former Madhya Pradesh chief minister Uma Bharti had appeared in person earlier this month before the court to make her deposition in the case.

In her testimony, she too had accused the then Congress government at the Centre of implicating her in the case due to political vendetta.

Another senior BJP leader and former Uttar Pradesh chief minister Kalyan Singh too in his deposition to the court on July 13 had accused the then Congress government at the Centre of levelling "false and baseless allegations" against him in the Babri mosque demolition case.

Singh, during whose tenure as UP CM the mosque in Ayodhya was demolished, had said that he was falsely implicated in the case. 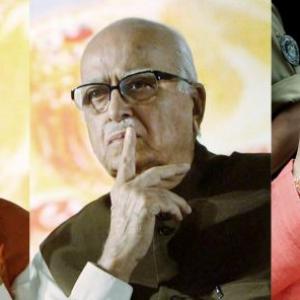