18 years after mosque demolition, Ayodhya seeks to move on

By Sharat Pradhan
December 06, 2010 17:57 IST
The controversial judgment in the 125-year-old legal battle in the Ayodhya title suit may have reopened the debate about the Babri Masjid issue. But the 18th anniversary of the demolition of the 16th century mosque remained a non-event on Monday.

Perhaps for the first time since the demolition of the mosque in 1992, December 6 passed off like a normal day in this ancient town.

While many termed it as an impact of the September 30 verdict by the Allahabad high court, Ayodhya seemed to remain indifferent to the issue.

"The Ayodhya temple issue has lost its flavour; it is virtually dead now," observed V N Arora, a professor.

"It has been just like any other day in Ayodhya today. But for the presence of uniformed cops in a large number along the streets of this town, it would be impossible to guess that there is any special significance about December 6 here," he added.

And sure enough, business went on as usual in Ayodhya as well as Faizabad, its twin-town, 8 km apart. Unlike the preceding years, no political or religious leader bothered to visit the town this time.

In the absence of any prominent face, even the annual ritual of a shaurya diwas (victory day) by right-wing activists and 'black day' by Muslim activists remained a lacklustre affair.

"We never asked any big leader to participate in this year's shaurya diwas yagna that was limited only to a handful of local sadhus," remarked Vishwa Hindi Parishad's local spokesperson Sharad Sharma.

"Today's yagna was led by Swami Ram Vilas Vedanti, who apart from being a prominent VHP leader is also a former member of Parliament," he added.

Krishna Kumar, who runs a busy restaurant on Ayodhya's main street, looked happy with the brisk business he did today.

"Never in the past 18 years have sales been so high," observed a beaming Kumar.

Ashish Kumar Yadav, who sells savouries out of a hand cart not very far from the entrance to the makeshift Ram temple that stands on the debris of the mosque, looked equally thrilled with the large number of customers, most of whom are the devotees who visit the temple.

"Very few people would visit the temple on December 6, but that was not the case this time; so good for me," quipped Yadav.

Babri Masjid Action Committee convenor Yunus Siddiqui explained, "We did not call any outsider this time as we wanted to confine ourselves to our office, where we have put up a black flag."

The only other place displaying a black flag was a tiny mosque at Beniganj on the outskirts of Ayodhya.

Unlike past years, when Muslim traders chose to down their shutters as a mark of protest, most such shops remained open on Monday.

"What is the point of shutting our shops now when the high court has already given its verdict, against which an appeal has already been made in the apex court," queried Bashir, a tailor.

Ninety-year-old Mohammad Hashim Ansari, the oldest Muslim litigant in the 125-year-old legal battle, continues to remain as high-spirited as he was 61 years ago when he moved the local court seeking  the right to offer 'namaaz ' in the mosque after it was forcibly occupied by right-wing activists. It was Ansari's plea that led the court to order shutting of the gates to the disputed shrine, which was unlocked more than three decades later in 1985 by yet another order of the district judge.

But he expresses regret at the failure of his efforts to bring the dispute to an end through an out-of court settlement after the high court verdict.

"I was all for closing the chapter once and for all. Several prominent Hindu leaders of Ayodhya were agreeable about sitting across the table and resolving the issue instead of taking the battle to the Supreme Court; but some people did not seem to like the idea," he lamented. 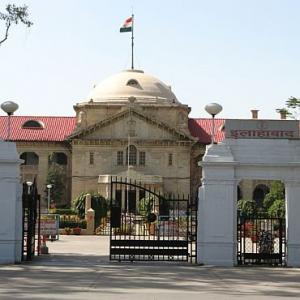 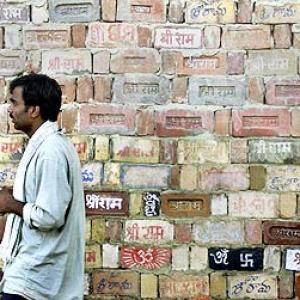