'Ayodhya verdict is crucial for Muslims'

Ahead of the court verdict on Ayodhya dispute, a French writer on India says it would be a moment of reckoning and an opportunity for Indian leadership to bring Muslims back into mainstream.

"September 24 would be the next turning point in India's history. I hope the judges are aware of it. There should be efforts for reconciliation and the initiative should come from the Hindutva forces. Triumphant attitude on their part would invite trouble," said Dr Christopher Jaffrelot, who teaches South Asian Politics and History at Sciences Po in Paris.

The author said the saffron brigade will have to think twice before re-launching the tirade against Muslims as the middle class has taken a stand against it in 2009 Lok Sabha elections.

For Muslims, he said, an unfavourable judgment would be like a double-edged sword as it could be seen as accepting defeat again and again. It's the time to show that Muslims are part of India and change their psyche of fear. Me and my research students surveyed 12 Indian cities and most of Muslims there see demolition of Babri Masjid as a turning point," said Jaffrelot, speaking at the launch of his book, "Religion, Caste and Politics in India".

He said Rajiv Gandhi was indirectly responsible for demolition of Babri Masjid as he tried to play one community against the other.

"From Shah Bano case to opening up of the Masjid on VHP's request to launching his election campaign from Faizabad calling it Ram's land, he was playing Hindus against Muslims and vice-versa," he said.

He, however, refused to accept that the BJP is a spent force and saw Bihar elections as a litmus test for the party.

"You cannot reduce the BJP to anti-minority agenda only. They have other cards up their sleeve. It may come to power not because it will do something but because Congress will fail to do things. The UPA Government is divided and paralytic at the moment and a strong PM is absent to manage the team," said Jaffrelot.

He opined that Rahul Gandhi becoming PM in the future depends on whether UPA comes to power again. "The Congress needs a Gandhi. Sans a Gandhi, it is faction ridden. Sharad Pawar, Mamata Banerjee moved out when there was no Gandhi around. No doubt Congress will promote Rahul for next PM's job," he said.

When asked about Modi's chances to be the PM, Jaffrelot said it can happen only by default.

"You cannot make allies with too much of extreme agenda. Modi can be a strong leader but in that case, the BJP will run out of allies. As long as RSS has a say in appointing BJP president, Modi has no chance," he said.

His book explores the transformation of the Nehruvian approach, since the 1980s resting upon three pillars-secularism and democracy in the political domain, state intervention in economy and policy of non-alignment. 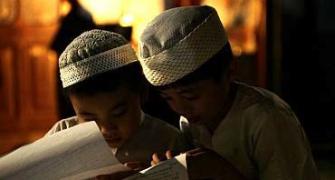 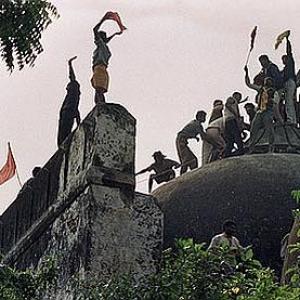