Diminishing the prospects of an out-of-court settlement of the vexed Ram Janmabhoomi-Babri Majid issue, Muslim bodies are gearing up to file five more Special Leave Petitions in the Supreme Court to challenge the Allahabad High Court verdict.

Three SLPs have been filed by the All India Muslim Personal Law Board and one by the Jamiat-Ulema-e-Hind in the apex court challenging the verdict of the Lucknow Bench of the high court on Ayodhya title suits.

"We have challenged the verdict by filing four SLPs in the apex court so far. More Muslim bodies are preparing to file five more petitions," said Dr S Q R Ilyas, convener of the committee on Babri Masjid for AIMPLB.

A total of nine petitions would be filed, he said. Ruling out any possibility of a negotiated settlement of the 60-year-old dispute, he said "we will wait for final verdict of the apex court."

On September 30 last year, the Allahabad High Court had decreed that the 2.7 acre land comprising the disputed site should be divided into three equal parts. It should be given to Sunni Waqf Board, Nirmohi Akhara and the party representing 'Ram Lala Virajman' (Ram deity). The high court had also ruled that the disputed site is the birth place of Lord Rama. 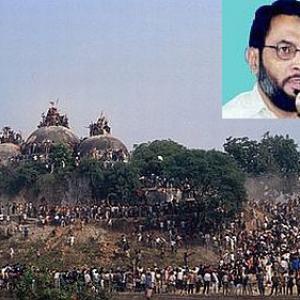