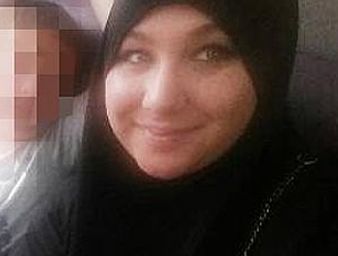 A 26-year-old Australian woman has allegedly abandoned her two children to join the Islamic State in Syria.

Jasmina Milovanov told her babysitter that she was going to pick up a new car earlier this month, but never returned to her home in Sydney.

Milovanov, a Muslim convert, is believed to have been lured overseas by a notorious jihadi bride recruiter.

She reportedly text her Turkish-Australian ex-husband in early May telling him she was in ‘sham’, an Arabic term for Syria.

“As the matter is a current investigation by NSW Police attached to the Joint Counter-Terrorism Team, it is not appropriate to comment further,” she said.

Milovanov has left behind two children, aged five and seven. Milovanov's former husband said he was “absolutely shocked” by the text.

“The only thing I can think about is my children; I can’t believe she left these two beautiful children. My son was saying in the days afterwards that he hoped ‘my mum is OK’,” he said.

Milovanov is Facebook friends with former Melbourne woman and jihadi bride recruiter Zehra Duman, whose husband is believed to have been killed fighting with the Islamic State earlier this year.

Duman has since been using social media to recruit other women to move to the war-ravaged region and join the terrorist organisation.

On Monday, Prime Minister Tony Abbott said 100 Australians were engaged in fighting in the Middle East with various extreme terrorist organisations, and that another 150 Australians in this country were known to be actively supporting them. He warned Australians that home-grown terrorism was “getting worse not better” and now represents “a serious threat to our safety as a people and as a nation”.