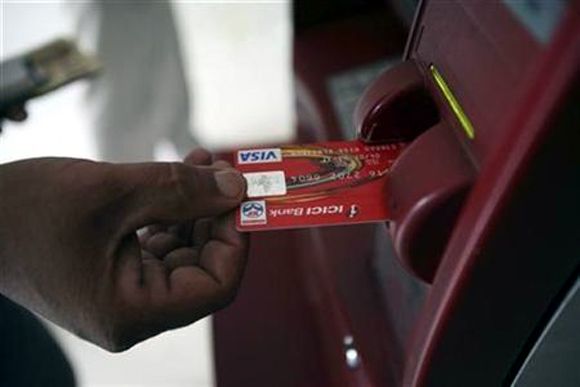 Romanian national Gabrial Mariam, who was allegedly involved in the hi-tech ATM robbery which rocked the Kerala capital, was brought to Thiruvananthapuram on Thursday after being arrested from Navi Mumbai.

The 35-year-old Gabrial, one among four Romanians accused in the robbery in which a large number of persons lost their money from their accounts, was taken into custody on transit remand from a court in Mumbai and brought to Kerala by air, police sources said.

While the other three accused are still at large, Gabrial was nabbed from a hotel in Vashi by a team of Kerala Police on Tuesday night, with the help of Mumbai Crime Branch.

After the robbery came to light, a case was registered under Indian Penal Code Section 380 (theft in dwelling house, etc) and under relevant sections of the IT Act at Museum Police Station of Thiruvananthapuram.

The arrest came after Kerala Police zeroed in on four foreign nationals suspected to be the key players behind the ATM robbery and decided to seek Interpol's help to track them.

The four, found installing an electronic device inside an ATM kiosk of a public sector bank at Vellayambalam in Thiruvananthapuram, had been caught in the CCTV installed there.

Police sources said interrogation of the accused commenced on Thursday itself.

The foreign nationals, including Gabrial, had come to India on June 25 and reached Kerala on July 8.

They had come on tourist visas and had taken rooms in a hotel in Thiruvananthapuram for two days.

Over 20 people had lodged complaints, saying money was withdrawn from their accounts in a fraudulent way.

As per the preliminary assessment, about Rs 2.5 lakh had been lost, police said.

It is suspected that the electronic device at the ATM counter enabled the fraudsters collect the secret pin code and card details.