Union minister Ramdas Athawale on Wednesday said the Congress had back-stabbed Sharad Pawar and not the other way round, two days after Shiv Sena leader Anant Geete accused the veteran politician of backstabbing the Congress and forming the Nationalist Congress Party in 1999. Geete, a former Union minister, had kicked up a row with his comments against Pawar, considered architect and anchor of the Shiv Sena-led Maha Vikas Aghadi government while addressing a rally in Raigad.

"It is not Sharad Pawar, who stabbed the Congress in the back. My information is...I was with Pawar in 1998 when the Congress removed him from the party. It was the Congress, which stabbed him in his back with a dagger," Athawale, who heads Republican Party of India-Athawale faction, told reporters in Kalyan city in Thane district.

The NCP was formed on May 25, 1999, by Sharad Pawar, P A Sangma, and Tariq Anwar after they were expelled from the Indian National Congress for disputing the right of Italy-born Sonia Gandhi to lead the party.

The NCP later became part of the Congress-led United Progressive Alliance governments at the Centre in which Pawar served as agriculture minister. In Maharashtra also, the Congress and the NCP shared power till 2014 when the Aghadi government was defeated by the Bharatiya Janata Party.

Amid a war of words between Shiv Sena MP Sanjay Raut and Maharashtra BJP president Chandrakant Patil, Athawale said Raut should not waste time in making such allegations as he is an MP and spokesperson of the Sena.

"Instead of levelling allegations and counter-allegations, the need of the hour is to develop Maharashtra," he said.

Earlier in the day, Raut said he would file a defamation suit against Chandrakant Patil seeking damages of just Rs 1.25 for levelling false accusations against him and his wife. He had said Patil wasn't worth more than Rs 1.25.

Hitting back, Patil sarcastically said that he didn't think that Raut's prestige was worth Rs 1.25 only. "It should be more than that,” he said.

A letter written by Patil to Raut was published in the Sena mouthpiece Saamana, of which Raut is the executive editor, in Wednesday's edition.

The letter apparently referred to the earlier Enforcement Directorate notice.

Against this backdrop, Athawale said, "Patil had asked Raut to increase the defamation suit (compensation) amount. Raut is worth more than Rs 1.25". 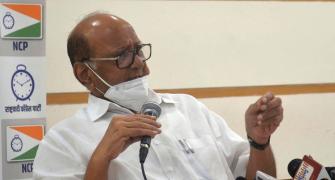 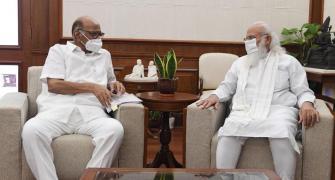 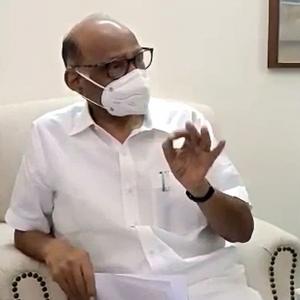