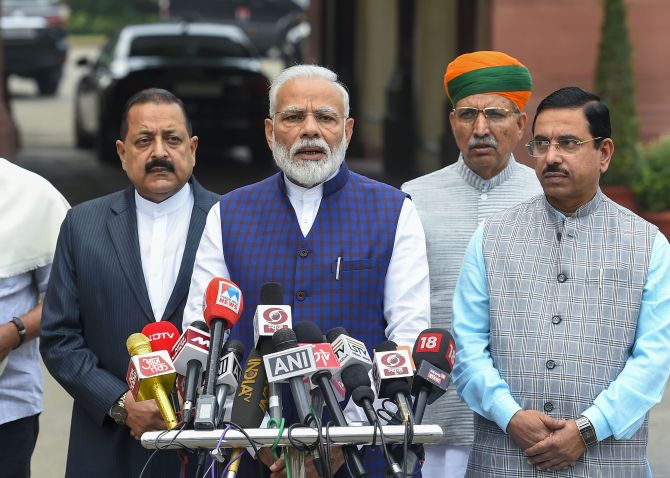 Prime Minister Narendra Modi on Monday expressed the hope that the Winter session of Parliament will be a productive one with high quality debates in which all MPs will contribute through their intellect.

The government is open to discussions on all issues, the prime minister told journalists in Parliament complex ahead of the beginning of the session.

The Winter session begins on Monday and will continue till December 13.

Modi said the Winter session will be the last session of Parliament in 2019 and a very significant one.

"This is the 250th session of the Rajya Sabha. During this session on November 26, there is Constitution Day, when our Constitution completes 70 years. The Constitution inculcates the unity, integrity, diversity and beauty of the country and is a driving force for the country," he said.

The 70th year of the Constitution can also be an occasion for an awakening of the people of the country, Modi said.

Stating that he recently had the chance to meet the leaders of all parties, the prime minister described the last sessions as being full of unprecedented achievements.

"The credit goes to all MPs. I again express my gratitude to the MPs for their positive active role," he said.

Modi said this session will accelerate the development of the country.

Extending greetings to all MPs, Modi hoped the Winter session also enables Parliamentarians to strengthen the country's journey of development and go forward with the speed with which the world is moving.

Ahead of the Winter session, Modi on Sunday assured an all-party meeting that the government is ready to discuss all issues, while the opposition raised concerns over economic slowdown and farm distress and demanded that detained Lok Sabha MP Farooq Abdullah be allowed to attend the House.

Source: PTI© Copyright 2020 PTI. All rights reserved. Republication or redistribution of PTI content, including by framing or similar means, is expressly prohibited without the prior written consent.
Related News: Winter Session of Parliament, Narendra Modi
SHARE THIS STORY
Print this article 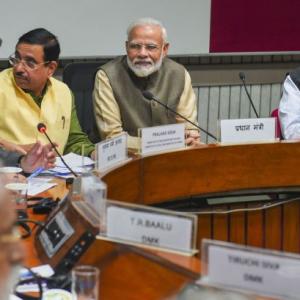