AP minister to resign after CBI chargesheet names him

Andhra Pradesh Minister for Road and Buildings Dharmana Prasad Rao has made up his mind to submit his resignation after the Central Bureau of Investigation named him as an accused in YS Jaganmohan Reddy's disproportionate assets case.

After the CBI named him as accused No. 5 in the fourth chargesheet of the case, for his alleged role in allotment of 24,000 acres of land to a controversial VANPIC project, Dharmana rushed to New Delhi to discuss his future with the central leadership of the party.

After he met AICC General Secretary in charge of Andhra Pradesh affairs Ghulam Nabi Azad and the Congress president Sonia Gandhi's political advisor Ahmad Patel, he indicated to his supporters that he will tender his resignation from the cabinet on Tuesday.

The minister will reach Hyderabad on Tuesday afternoon and meet Chief Minister N Kiran Kumar Reddy. Sources said that Dharmana spoke to the chief minister over phone from Delhi and was advised to wait till he goes through the details of the chargesheet.

However, sources close to the minister said that he had reached a conclusion that he should resign on moral grounds as he was named in chargesheet.

Dharmana will be the second minister to go in Vanpic case. Earlier, the CBI had arrested Excise Minister Mopidevi Venkatramanna leading to his resignation from the cabinet in the same case.

The CBI alleged that the ministers, as the members of the cabinet of YS Rajasekhara Reddy were responsible for the allotment of 24,000 acres of land for Vadarevu and Nizampatnam Ports and Industrial Corridor (Vanpic) Private Ltd in Guntur and Prakasham district. In exchange of this the Vanpic promoter Nimmagadda Prasad invested Rs 1,250 crores in the companies of YSR's son Jaganmohan Reddy, the CBI said.

While the minister told the reporters that he was not expecting to be arrested by the CBI, speculations to the contrary were rife. The other minister Mopidevi Venkatramanna continues to be in jail.

Inclusion of Dharmana's name in the chargesheet has created a scare among the four more ministers who were also facing the investigations and who have been issued a notice by the Supreme Court to clarify their role in benefiting Jagan's companies. 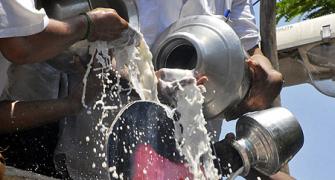 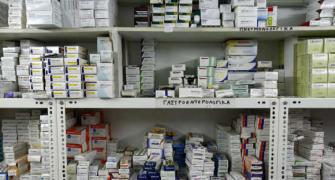 Why clinical trials have gone haywire in India