Antrix-Devas case: Court grants time to CBI for getting sanctions 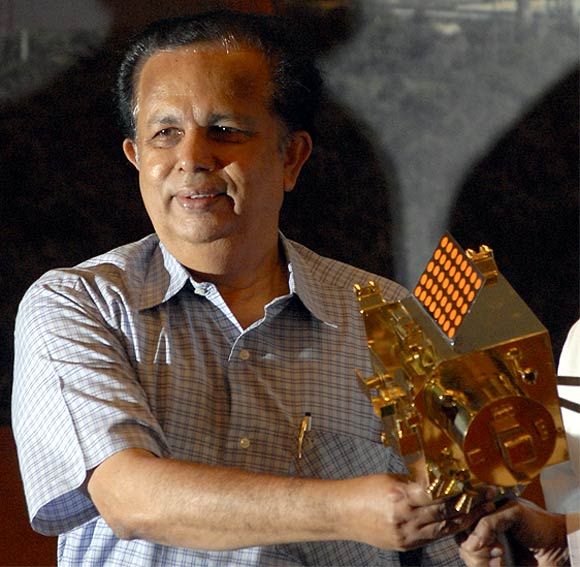 A special court on Friday granted Central Bureau of Investigation time till September 29 for getting appropriate sanction from authorities concerned to prosecute former senior officials in Antrix-Devas deal case, including former Indian Space Research Organisation chairman G Madhavan Nair, even as it questioned the probe agency on delay in filing the chargesheet.

“It is submitted by investigating officer that he is filing documents today and that it will require some more time in receiving the sanction under Section 197 CrPC (Code of Criminal Procedure), which may take about one month...,” the special CBI court said, posting the matter on September 29.

Special CBI Judge Vinod Kumar asked the probe officer as to why filing of the chargesheet in the case took such a long time when the first information report was filed much earlier.

The FIR was filed on March 16, 2015 against Nair and other senior officials, accused of facilitating ‘wrongful’ gain of Rs 578 crore to private multi-media company Devas by Antrix, the commercial arm of the ISRO.

The CBI had on August 11 charged Nair and senior Space Department officials with causing a loss of Rs 578 crore to the exchequer by abusing their official position to favour a private company.

The case relates to leasing S-Band, restricted wavelength of the INSAT satellites to deliver video, multimedia and information services to mobile receivers in vehicle and mobile phones to Devas Multimedia by Antrix.

It was alleged in the FIR that the lease was given in violation of rules causing undue gain of Rs 578 crore to Devas Multimedia and corresponding loss to the exchequer.

The chargesheet had accused the then secretary, Department of Space, chairman, ISRO and Antrix Corporation Madhavan Nair, Devas Multimedia and seven others of criminal conspiracy, cheating and under provisions of Prevention of Corruption Act.

Besides Nair, others named in the charge sheet as accused included the then executive director of Antrix K R Sridhar Murthy, former managing director of Forge Advisors and the chief executive officer of Devas Ramachandra Vishwanathan, and the then director of Devas M G Chandrasekhar.

Former additional secretary in the Department of Space Veena S Rao, the then director of the ISRO A Bhaskar Narayana Rao and two directors of Devas Multimedia D Venugopal and M Umesh were also named in the charge sheet as accused.

The CBI has accused them of having committed offences under various sections of the Indian Penal Code pertaining to cheating and certain provisions of Prevention of Corruption Act for allegedly being party to a criminal conspiracy with an intent to cause undue gain to themselves or others by abusing their official position.

The government officials have been accused of abusing their position to favour Devas by giving them rights for delivery of videos, multimedia content and information services to mobile phones using S-Band through GSAT-6 and GSAT-6A satellites and terrestrial systems in India.

The accused officials have ‘thus caused wrongful gain of Rs 578 crore’ to the private firm and its owners, the CBI has alleged.

The agency has said a deal between Antrix and Devas was fixed in principle in January 2005 for lease of S-Band transponders.

However, the then executive director of Antrix signed it six months later only after ensuring that Chandrashekhar and Vishwanathan became majority stakeholders in Devas. They continued in that position till 2009.

The change in the board, where a US company represented by Chandrashekhar and Vishwanathan had majority stakes, was never verified by Antrix as the agreement had been in violation of Shankara Committee recommendations which said execution of any such agreement should be entered into with an Indian company alone, it was contended.

Money had been transferred to the United States company from the accounts of a Bangalore-based private company, the CBI has alleged.