Defence Minister A K Antony on Thursday warned that security forces will experience a 'hot summer' this year as those hostile to India's interest are trying to infiltrate more and more terrorists into the country.

"Those inimical to India's interest are sending more and more terrorists across the border and the summer is going to be a hot summer as far as security is concerned," Antony told reporters.

The Army is ready to face attempts to sneak in more and more terrorists across the border this summer, the minister said.

After the 26/11 Mumbai terror attacks, everybody realised that coastal security is becoming very important, he said.

Earlier, speaking at the launch ceremony, Antony said, "We want to build naval ships indigenously and we must involve private shipyards. We cannot go back to the old days of depending on foreign shipyards to fulfill our needs."

Naval aircraft carrier Admiral Gorshkov, acquired from Russia, would be commissioned in the Indian Navy in 2010, he said.

Also, the indigenous aircraft carrier being built at Kochi will be commissioned in 2014, Antony said. 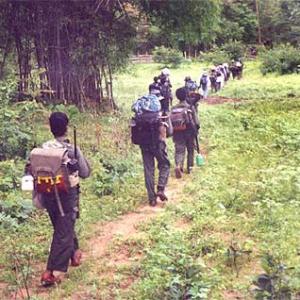 Should Air Force be roped in to crush Maoists? 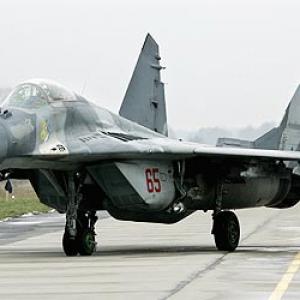