Defence Minister A K Antony has sacked a senior Navy officer for having sexual relations with a Russian woman in Moscow as head of the Indian team overseeing the refit of aircraft carrier Admiral Gorshkov there.

Commodore Sukhjinder Singh was posted in Moscow between 2005 to 2007 as the Indian warship production superintendent to oversee Gorshkov's refit when he developed the illicit relationship with the woman.

"He (Singh) will be discharged. He will not be in service now," Antony told reporters when asked about the progress in the case.

Singh, who has at least two years of service left, will have to immediately pack his bags. Singh's affair was exposed in April 2010, three years after his posting in Russia when his explicit pictures with the woman were brought to the notice of the Defence Ministry.

Soon after receiving the pictures, the Navy had ordered a Court Of Inquiry against him to establish his relations with the woman and whether the relationship had affected the Admiral Gorshkov deal in any way.

The CoI had established Singh's relations with the woman but maintained that his "loose moral conduct" had not "adversely impacted" India's position during the long-drawn wrangling with Russia over the 44,570-tonne carrier's refit.

After completing its inquiry, the Navy had sent the file to the Defence Ministry for further action. Even after returning from Russia, Singh had continued to be associated with the Gorshkov programme as the principal director (aircraft carrier project) in New Delhi till mid-2009.

He was later relieved of his posting in the defence ministry's directorate-general of quality assurance. After repeated Russian demands for higher prices for retrofitting the aircraft carrier, the two sides last year finally settled on $ 2.33 billion as the cost of the warship. 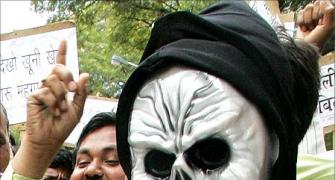