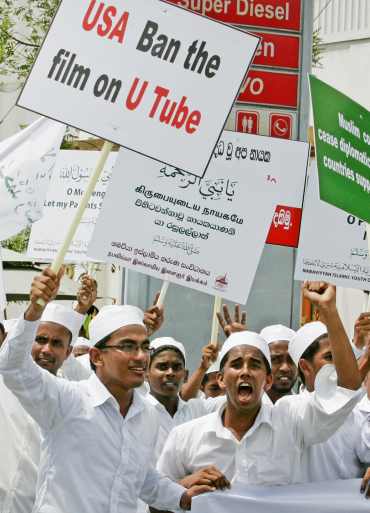 The man behind a controversial anti-Muslim film which sparked a wave of violent protest and days of rioting in some Arab countries was taken into federal custody on suspicion of violating terms of his probation, local media outlets reported on Thursday.

Nakoula Basseley Nakoula, 55, the producer of 'Innocence of Muslims', which depicts the Prophet Mohammad, likely violated his probation terms which stemmed from a 2010 bank fraud case, officials said. Under the terms, he was not supposed to use the Internet without permission from his probation officer.

"Defendant shall not access a computer for any other purpose," according to the terms of his probation. Any approved computers were to be used for work only, The Los Angeles Times reported on its website.

Nakoula, also known as Sam Bacile, is expected to make his initial appearance in a downtown federal court in Los Angeles.

Details of Nakoula's arrest were sketchy as federal court documents on the case were filed under seal.

Nakoula, who was based in Cerritos, California, was convicted on bank fraud, identity theft and two other counts in June 2010. He was sentenced to 21 months in federal prison.

The film, which is made mostly in Nakoula's house with a budget of $250,000, and its 14-minute trailer posted on Youtube has set off violent and outrageous protests in Cairo, Egypt, Benghazi, Libya and Sanaa, Yemen.

The violent protest in Libyan US consulate took the lives of US ambassador to the country Chris Stevens along with three other diplomatic staff.

Image: Prostestors shout slogans against US President Barack Obama and demand a ban on YouTube in Colombo | Photograph: Reuters 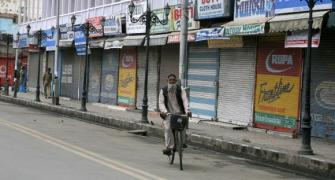 People's protests against anti-Islam film must end: US