Karnataka Legislative Council on Thursday passed the contentious 'anti conversion bill', amid objections from the opposition Congress and Janata Dal-Secular. 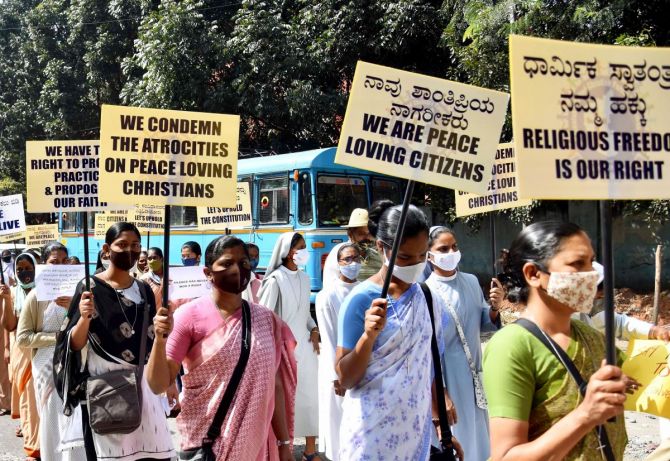 IMAGE: Members of the Christian community take out a protest rally against the anti-conversion bill, in Bengaluru. Photograph: ANI Photo

The 'Karnataka Protection of Right to Freedom of Religion Bill' was passed by the Legislative Assembly in December last.

As the Bill was pending for passage in the Legislative Council, where the ruling BJP was short of majority then, the government had subsequently promulgated an ordinance in May this year to give effect to the bill.

Home Minister Araga Jnanendra piloted the Bill for the consideration of the Upper House on Thursday.

Noting that in recent times religious conversions have become widespread, he said there have been mass conversions with allurements and through force, disturbing peace and leading to mistrust among people following different religions.

The Bill does not take away anyone's religious freedom and that anyone can practice the religion of his or her choice, but not under pressure and allurements, Jnanendra said.

After the assent from the Governor, the law will come into effect from May 17, 2022, the date on which the ordinance was promulgated.

Leader of Opposition in the Legislative Council B K Hariprasad even tore the copy of the bill in protest as the pro tem Chairman Raghunath Rao Malkapure was in the process of putting the bill to vote.

Hariprasad (Congress) termed the bill as 'unconstitutional' and said it will affect the right to religion.

Chief Minister Basavaraj Bommai said the government was not opposing religious conversion itself.

"We are trying to stop forceful conversion and conversion that takes advantage of the weakness of people belonging to some communities," he said in the Legislative Council.

Law and Parliamentary Affairs Minister J C Madhuswamy maintained that the bill was well within the scope of the Constitution of India.

Earlier, during the passage of the bill in the Legislative Assembly, Jnanendra had said that eight states have passed or were implementing such a law, and Karnataka would become the ninth one.

The bill that was opposed by a section of Christian community leaders among others, provides for protection of right to freedom of religion and prohibition of unlawful conversion from one religion to another by misrepresentation, force, undue influence, coercion, allurement or by any fraudulent means.

The bill also makes provisions for the accused to pay up to Rs 5 lakh as compensation to those who were made to convert, and with regards to cases of mass conversion there shall be a 3 to 10 year jail term and a fine of up to Rs 1 lakh.

Wherever the family court is not established, the court having jurisdiction can try such a case, on a petition presented by either party thereto against the other party of the marriage.

Minister Jnanendra further said, the person who wishes to convert will lose the religion of his or her origin and facilities or benefits attached with it, including reservations; however, one is likely to receive the benefits entitled to, in the religion, he or she converts to. 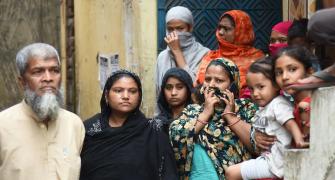 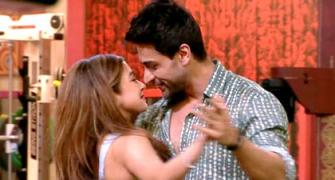 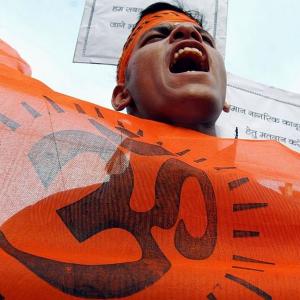 'Injustice to Hindus have led to explosive situation' 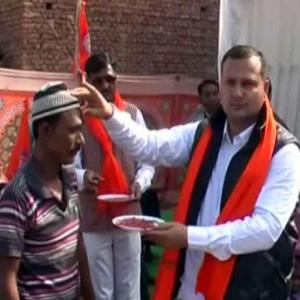