Another complaint against Bhatt for giving false information

Source: PTI
October 21, 2011 20:24 IST
A complaint was on Friday filed against suspended Gujarat Indian Police Service officer Sanjiv Bhatt in a court in Ahmedabad for allegedly furnishing false information to skip appearance in response to summons issued to him.

The complaint was filed by Assistant Commissioner of Police N C Patel, investigating officer in the case against Bhatt for threatening constable K D Pant.

Patel filed the complaint against Bhatt before Additional Chief Judicial Magistrate B G Doshi who admitted the matter and ordered issuance of summons to the suspended officer to remain present before court. The date will be decided later by the court registry.

In the complaint, Patel claimed Bhatt was issued summons to remain present before him on September 30 but he did not turn up and wrote a letter saying that he was to appear before the Nanavati Commission probing the 2002 riots case. But a probe into the claim revealed that Bhatt never went to the Nanavati panel nor did he have any hearing there, the officer alleged.

Based on this, Patel filed a complaint against Bhatt under section 172 (absconding to avoid service of summons) and 177 (furnishing false information) of the Indian Penal Code in the court on Friday.

Bhatt was arrested on September 30 in connection with an first information report filed against him by Pant for allegedly threatening, wrongfully confining and restraining him and making him sign a false affidavit.

The affidavit was regarding Bhatt's presence in the February 27, 2002, meeting called by Chief Minister Narendra Modi after the Godhra train burning incident.

Bhatt was granted bail by a local court on October 17. 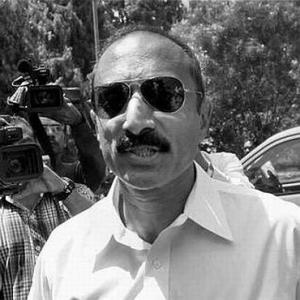