The potential targets of Israeli spyware Pegasus include industrialist Anil Ambani as well as a senior official of ADA Group, according to the latest list of names released on Thursday. The Wire has reported that phone numbers that have been used by Anil Ambani and one other official of the Reliance Anil Dhirubhai Ambani Group were added to the leaked list that was analysed by media partners of the Pegasus Project consortium.

"Apart from Ambani, the other company official whose numbers appear on the list include corporate communications chief Tony Jesudasan, as well as Jesudasan's wife," the report said while adding that it could not be confirmed whether Anil Ambani is currently using the number listed.

There was no immediate comment from ADAG on the report.

As per the report, the number for Dassault Aviation's representative in India, Venkata Rao Posina, former Saab India head Inderjit Sial and Boeing India boss Pratyush Kumar all appear in the leaked database at different periods of time in 2018 and 2019.

The number of Harmanjit Negi, head of the French firm energy EDF, is also in the leaked database, a significant choice given that he was a member of Emmanuel Macron's official delegation during the French president's visit to India during this period, it added.

Eight phones of the then Central Bureau of Investigation director Alok Verma and his family members were also put in the list of devices targeted for snooping using Pegasus spyware by an unknown Indian agency soon after he was divested of the coveted charge on October 23, 2018, The Wire reported.

Along with Verma, phones of his second-in-command Special Director Rakesh Asthana, against whom he had registered a corruption case on October 21, 2018, and the then Joint Director A K Sharma were also put on the list for surveillance using sophisticated malware, it said.

According to the report, eight phones belonging to Verma family, including three of him along with those of his wife, daughter and son-in-law were put in the list of persons of interest targeted by the Israeli snooping malware.

All these numbers, including that of Asthana and Sharma, remained in the list for a short period till Verma retired from service on January 31, 2019. They were taken off the list in February, 2019, it said.

According to The Wire, which is one of the 15 international media organisations with whom the database was shared, Verma declined to participate in the story hence forensic examination of his phones, the only way to establish if they were successfully infected with the snooping malware, could not be carried out.

While Verma and Sharma have retired from the service, Asthana is the chief of Border Security Force which guards the sensitive borders with Pakistan and Bangladesh.

Verma and Asthana were sent on forced leave in an unprecedented order of the Centre in late night of October 23, 2018.

The order divesting Verma of CBI director's post, which has a two-years fixed tenure, was issued nearly three months before he was scheduled to complete his tenure on January 31, 2019.

The controversial directive which was reversed by the Supreme Court later was issued two days after Verma booked Asthana in corruption charges and conducted searches. Later, Asthana was cleared of all charges by the CBI which probed allegations against him.

Israeli group NSO insists the leaked database accessed by French non-profit media organisation Forbidden Stories has nothing to do with it or its software Pegasus which is being used by "vetted governments".

The government and the ruling Bharatiya Janata Party have dismissed the Pegasus Project reports as concocted and evidence-less.

Law and IT Minister Ashwini Vaishnaw, whose own phone number was among those listed as compromised, said in a statement in Parliament on Thursday that the reports are "attempt to malign the Indian democracy and its well-established institutions".

On Sunday, an international media consortium reported that over 300 verified mobile phone numbers, including of two ministers, over 40 journalists, three opposition leaders and one sitting judge besides scores of businesspersons and activists in India could have been targeted for hacking through the spyware.

The reports have been published by The Wire in collaboration with 16 other international publications including the Washington Post, The Guardian and Le Monde, as media partners to an investigation conducted by Paris-based media non-profit organisation Forbidden Stories and rights group Amnesty International. 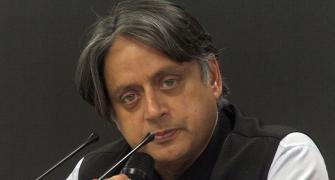 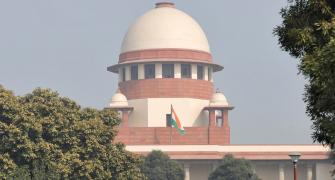 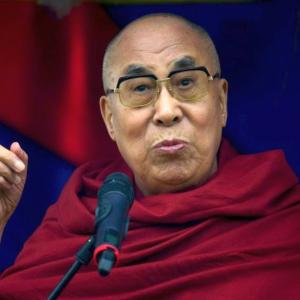