Source: PTI
May 02, 2012 10:57 IST
An American, who received training at Al Qaeda camps in Pakistan, was on Wednesday convicted on multiple terrorism charges including plotting with two of his friends to carry out suicide attacks in the New York subways in one of the most serious terrorist plots since 9/11.

Adis Medunjanin, 28, a Queens resident was found guilty by a jury after a four-week trial in federal district court in Brooklyn. He will be sentenced by US District Judge John Gleeson on September 7 and faces a mandatory sentence of life in prison.

So far, seven defendants, including Medunjanin and his two co-conspirators have been convicted in connection with the Al Qaeda New York city bombing plot and related charges. Jurors reached the verdict after deliberating for a little more than a day.

As the verdict was read, Medunjanin gazed at his family members, raised his palms upward and appeared to be saying a prayer.

A Bosnian native, Medunjanin and his two high school friends Najibullah Zazi and Zarein Ahmedzay came within days of executing a plot to carry out coordinated suicide bombings in New York City subways in September 2009, as directed by senior Al Qaeda leaders in Pakistan, the US justice department said.

However, when the plot was foiled, Medunjanin attempted to commit a terrorist attack by crashing his car on the Whitestone Expressway in New York in an effort to kill himself and others.

US Attorney for the Eastern District of New York Loretta Lynch said Medunjanin's journey of radicalization led him from "Queens to Pakistan to the brink of a terrorist attack in New York City -- and soon to a lifetime in federal prison."

"Medunjanin was an active and willing participant in one of the most serious terrorist plots against the homeland since 9/11. Were it not for the combined efforts of the law enforcement and intelligence communities, the suicide bomb attacks that he and others planned would have been devastating," said Assistant Attorney General for National Security Lisa Monaco.

The other two men in the alleged plot, Najibullah Zazi and Zarein Ahmedzay, have already pleaded guilty and testified against their old friend in hopes that cooperation with prosecutors would earn them lighter sentences.

The terror plot began when Medunjanin, Zazi and Ahmedzay headed for Afghanistan in 2008 to join the Taliban and kill US military personnel abroad.

After arriving in Peshawar, Pakistan in late August 2008, Medunjanin and Ahmedzay were turned back at the Afghanistan border. Within days, the trio met an Al Qaeda facilitator in Peshawar and agreed to travel to Waziristan for training.

In Waziristan, they met with Al Qaeda leaders Saleh al- Somali, who was then the head of Al Qaeda external operations, and Rashid Rauf, a high-ranking Al Qaeda operative.

Medunjanin, Zazi and Ahmedzay then received Al Qaeda training in Waziristan on how to use various types of high-powered weapons, including AK-47, machine gun and rocket-propelled grenade launcher.

During the training, Al Qaeda leaders continued to encourage Medunjanin and his fellow plotters to return to US to conduct "martyrdom" operations and emphasized the need to hit well-known targets and maximize the number of casualties.

The three discussed the timing of the attacks and had zeroed in on locations in Manhattan, including the subway system, Grand Central Station, the New York Stock Exchange, Times Square and movie theaters for the attacks.

After returning to the US, the three agreed to carry out suicide bombings during the Muslim holiday of Ramadan in late August and September 2009.

Zazi was responsible for preparing the explosives, while all three would conduct coordinated suicide bombings.

In July and August 2009, Zazi purchased large quantities of component chemicals necessary to produce the explosive TATP (Triacetone Triperoxide) and twice checked into a hotel room near Denver to mix the chemicals.

In September 2009, Zazi drove from Denver to New York, carrying operational detonator explosives and other materials necessary to build bombs. However, shortly after arriving in New York, he learned that law enforcement officials were investigating the plotters' activities.

The men discarded the explosives and other bomb-making materials, and Zazi traveled back to Denver, where he was arrested on September 19. Law enforcement agents executed a search warrant at Medunjanin's residence in January 2010.

Medunjanin soon left his apartment and attempted to turn his car into a weapon of terror by crashing it into another car at high speed on the Whitestone Expressway.

Moments before impact, Medunjanin had called the emergency number 911, identified himself and left his message of martyrdom, shouting an Al Qaeda slogan, "We love death more than you love your life."

In closing arguments last week, Assistant Attorney Berit Berger said Medunjanin was willing "to strap a suicide bomb to himself, walk into a New York City subway and blow it up."

Medunjanin was convicted of conspiring to use weapons of mass destruction, conspiring to commit murder of US military personnel abroad, providing and conspiring to provide material support to the Al Qaeda, receiving military training from the terror outfit, conspiring and attempting to commit an act of terrorism transcending national boundaries and using firearms and destructive devices.

Commenting on the verdict, New York Police Commissioner Raymond Kelly said Medunjanin's conviction stands as a stark reminder of terrorists' desire long after 9/11 to return to the city to kill more New Yorkers.

The trial also featured testimony from British citizen Saajid Badat who told the court through video link that Al Qaeda's slain leader Osama bin Laden had planned to follow up the September 11 attacks with plots that used shoe bombers to blow up American passenger planes.

Through such attacks, bin Laden had aimed to bring the American economy to its knees.

Badat, 33, was convicted in London for his role in a 2001 plot to bring down an American Airlines flight from Paris to Miami with explosives hidden in his shoes.

While Badat's testimony was not directly related to the New York subway terror plot, it was used to corroborate facts about the training in al-Qaeda-run camps in Afghanistan and Pakistan. 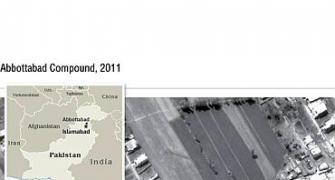 MUST READ: The MOST nail-biting moments of Osama raid 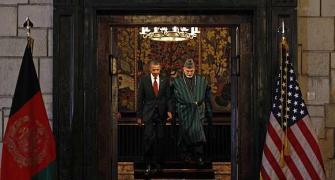 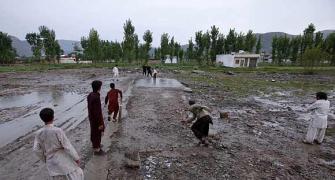 In PHOTOS: Abbottabad, a year after the Osama raid 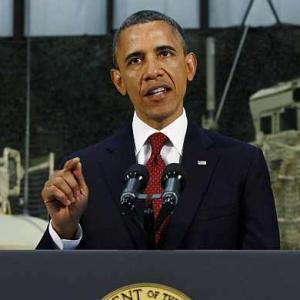 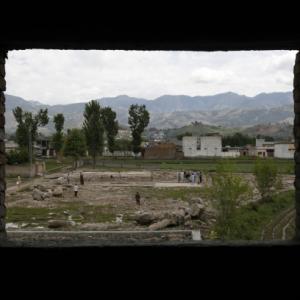