In a setback to the Congress in Gujarat days before the Lok Sabha elections, OBC leader Alpesh Thakor on Wednesday quit the party. 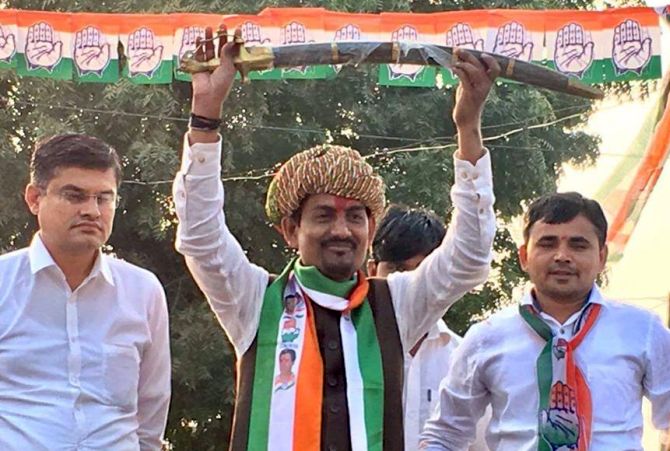 Thakor, appointed national secretary after joining the party in 2017, said in a letter to Gujarat Congress chief Amit Chavda that he was resigning from all the posts in the party due to insults and betrayal.

"I should not stay in a party where I am being insulted, ignored and betrayed," he said.

"Poor youth of my community were angry and upset as they were ignored and insulted. For me, Thakor Sena is supreme....My Sena had asked me to leave a party if we are ignored, insulted and cheated there," he added in the letter.

Amit Chavda said he will speak with Thakor before saying anything to the media.

Addressing a press conference later, Thakor said he was not joining the ruling BJP.

"Thakor Sena helped Congress win almost 43 seats during the 2017 Assembly polls. But our youth were sidelined and even humiliated after the elections got over. I had repeatedly asked the party leaders to give suitable posts to our youth in their organisation," he said.

Zala and Bharat Thakor said they were not resigning from the party or as MLAs, but supported Alpesh Thakor.

"I am not joining the BJP. I am not resigning as an MLA. I am not going to do poll campaigning for or against any Lok Sabha candidate (of Congress or BJP). I will campaign for Thakor Sena candidates who are contesting from Banaskantha Lok Sabha seat and Unjha assembly seat (by-poll)," Alepsh said.

The OBC leader claimed that some Congress leaders in Gujarat were "selling" poll tickets. He also alleged that the Congress' in-charge for Gujarat, Rajiv Satav, "did nothing despite my repeated requests to give proper posts to our youth."

Earlier Wednesday, the Gujarat Kshatriya Thakor Sena, an outfit floated by him, had given him an ultimatum to resign from the Congress within 24 hours.

Thakor was miffed after the Congress did not give him ticket from Patan Lok Sabha constituencuy in Gujarat. Nor were his associates considered for ticket.

Alpesh had also fallen out with the state Congress leadership, alleging that "weak leaders" were at the helm of affairs in Gujarat, an apparent reference to Chavda.

He recently met Congress president Rahul Gandhi and conveyed his complaints against the state leadership.

An MLA from Radhanpur, Thakor said he has not resigned as legislator.

After emerging as a prominent OBC leader in Gujarat, Alpesh Thakor joined the Congress before the 2017 assembly polls and won from Radhanpur in Patan district. 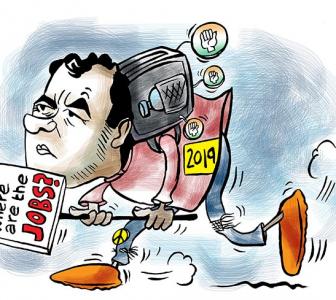