Akhilesh takes Kumbh success to Harvard, but why them? 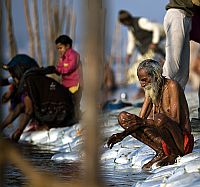 The inclusion of those who were reportedly responsible for the stampede that killed 36 people at Allahabad station during the Kumbh Mela, in Uttar Pradesh Chief Minister Akhilesh Yadav’s entourage to Harvard has raised eyebrows. Sharat Pradhan reports

Uttar Pradesh Chief Minister Akhilesh Yadav will give a talk to students and scholars of the  HarvardBusinessSchool on April 25 about the success of the recently-concluded Kumbh Mela at Allahabad.

This follows an invitation from the world’s leading business school, from where a delegation of scholars had specially flown in to Allahabad to get a first hand account of the intricacies involved in organising the 12-yearly Kumbh, clearly seen as the largest single human gathering on the planet.

Significantly, the invitation stood despite the stampede that left as many as 36 dead on February 10 after the Mauni Amavasya, which drew unprecedented crowd estimated at about three crore.

Interestingly, among the key officials to be included in the chief minister’s entourage are Divisional Commissioner Devesh Chaturvedi and Inspector General of Police Alok Sharma, whose indifference and neglect prima facie led to the tragedy at the Allahabad railway station.

Far from fixing the responsibility on any of its officials, the state government has left no stone unturned to pass the buck to the Indian Railways.

Railway authorities, on the other hand, have pointedly blamed the Allahabad district administration since it was their responsibility to ensure smooth return of millions of pilgrims who had converged on the banks of the Ganga for a holy Kumbh dip.

“The stampede could have been averted if the local administration had cared to create holding areas between the Kumbh Mela area and the railway station where crowds should have been made to halt before rushing to the railway station. After all, no railway station on earth can have unlimited capacity to accommodate endless flow of people. Therefore there was need to regulate the crowds,” pointed out a senior railway official who was at the scene of the tragedy.

While there was no doubt that the Mela administration did an extremely efficient job in ensuring a success of the 55-day mega event, the local Allahabad administration clearly failed to carry out its job.

Obviously, the local administration turned complacent once the day’s bathing ritual was over without realizing that the mammoth crowd that had converged for the Kumbh dip was also required to go back to their respective destinations.

That was where the administration failed in providing a smooth return passage.

And that was the reason why inclusion of Chaturvedi and Sharma is being seen as the chief minister’s failure in identifying the black sheep who actually brought a bad name to his government.

Besides the two officials, the entourage includes Urban Development Minister Azam Khan, who had resigned on moral grounds as head of the Mela Organising Committee shortly after the stampede. 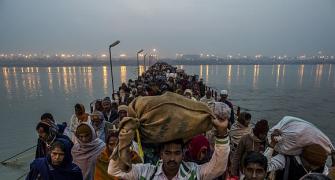 Over 99 per cent people lost in Kumbh reunited 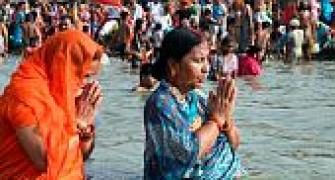 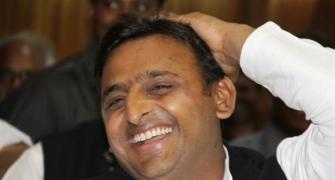 UP police chief shunted out