'Akbaruddin Owaisi would surrender before law'

Majlis-e-Ittehadul Muslimeen MLA Akbaruddin Owaisi, who is facing allegations of making inflammatory speeches against a particular community, would surrender before the law, his brother and party president Asaduddin Owaisi said on Saturday.

Asaduddin said this speaking at a meeting near Hyderabad.

Cases have been filed against the Hyderabad-based legislator for allegedly making offensive and communal remarks recently in Nizamabad and Adilabad districts of the state. 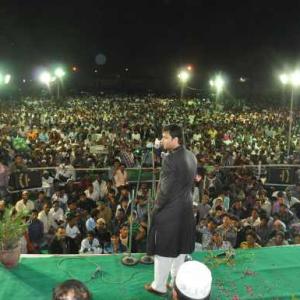