The religious head of the Ajmer dargah on Sunday announced he will boycott the visit of Pakistan President Asif Ali Zardari to protest the move of district authorities of not allowing him to go inside the shrine beyond the main gate when the visiting delegation arrives.

Terming it a violation of traditional customs, Dewan Syedzainul Abedin Ali, the Sajjadanish of the Dargah, said that he had earlier been accompanying all VVIP guests who arrived to pay obeisance and authorities have "no right" to stop him.

"My ancestors have been receiving the nation heads... I have been accompanying VVIP guest like Indira Gandhi, K R Narayanan, Pervez Musharraf, Zia-ul-Haq among others," he said.

Ali claimed that being the religious head of the shrine, it was his "prerogative" to join the visiting delegations.

The district administration, on the other hand, has said the move was taken on the basis of police reports, keeping in mind the dispute between the Dewan and the Khadims.

"There is a dispute between the Dewan and Khadims in Dargarh. To avoid any unwanted situation and ugly scene during the visit of the Pakistan president, it was suggested by the police to now allow him beyond Nizam Gate," District Collector Manju Rajpal said.

Meanwhile, secretary of Anjuman committee Sayed Wahid Chisty has also welcomed the move of the authorities, terming it necessary to avoid any unruly scene during the visit. 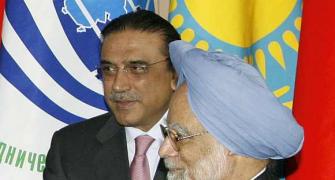 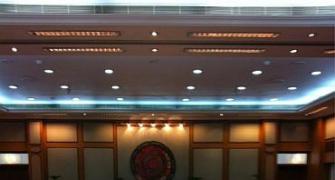