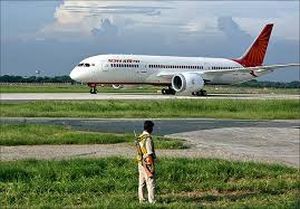 The pilot of a US-bound Air India flight from Chennai on Saturday allegedly assaulted a ground engineer shortly before take off, following which he was de-rostered and an investigation ordered into the incident.

The pilot allegedly got into in a verbal duel with the ground engineer while boarding the flight after all 122 passengers were seated, delaying its departure by around 3 hours.

"The commander (pilot) of the flight has been taken off the roster. The incident is being investigated by the management," an Air India Spokesperson told PTI.

Airline sources said the engineer, who suffered 'minor' injury on his chin, was being administered medical aid.

The flight to US via Delhi was initially scheduled to take off at 8.45 am but left for its destination at around 11.45 am.