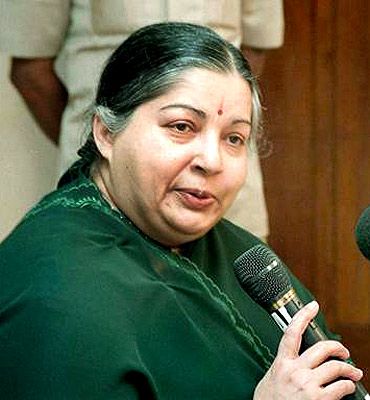 Allotting seven seats to smaller allies, AIADMK general secretary Jayalalithaa on Monday released the list naming candidates for the rest of 227 seats for which she held interviews for ticket aspirants from across Tamil Nadu in the past two weeks.

Her confidant and Finance Minister O Panneerselvam, Electricity Minister Natham R Viswanathan, Housing Minister R Vaithlingam, Handloom Minister Gokula Indira and Minister for Social Welfare B Valarmathi are among the ministers who have been re-nominated.

K Pandiarajan, a rebel Desiya Murpokku Dravida Kazhagam MLA who joined the AIADMK after the conclusion of the last assembly session, has also been named.

Allies Indian Republican Party, All India Samathuva Makkal Katchi, Tamil Nadu Kongu Ilangyar Peravai, Tamil Manila Muslim League and Mukkulathor Pulipadai have all been allotted one seat each and Manithaneya Jananayaga Katchi, a splinter outfit of Manithaneya Makkal Katchi has been given two seats. She held talks with them before the announcement.

AIADMK’s archrival DMK, which just concluded seat sharing with the Congress and smaller allies, is expected to announce its candidates later.

Including Jayalalithaa, 17 ministers will contest polls again, while 10 were denied tickets.

Assembly Speaker P Dhanapal, and P Vetrivel, who vacated his seat to facilitate Jayalalithaa to contest in R K Nagar last year, have also been named in the list.

Partihi Ilamvazhuthi, who switched sides to the AIADMK years ago from the DMK, will seek his fortune in this election.

Also, the AIADMK named candidates for all the 30 constituencies in Puducherry including seven seats in Karikkal, Mahe and Yanam. Seven candidates were also named in Kerala by the party in regions close to Tamil Nadu.

The AIADMK had won a few seats in such areas in the civic polls held last year. 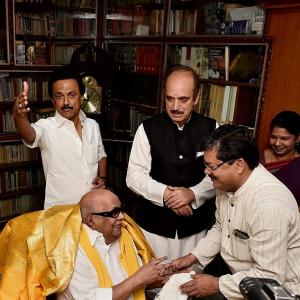 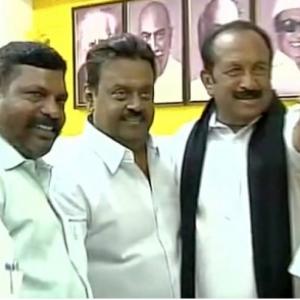