Kartar Singh, a farmer from Bhora kalaan, Muzaffar Nagar, died during an agitation by farmers of Bhartiya Kisan Union on Friday at the Bharatiya Janata Party office.

Kartar Singh lost his life due to non-availability of water in the scorching sun and a scuffle with policemen. More than 50 thousand farmers had assembled at Jantar Mantar road early on Friday morning.

Police personnel were present in large numbers. Ironically water cannons were already deployed, but not water tanks, so that people may drink water.

The farmers demonstrated their solidarity with their brethren of Annupur district, Madhya Pradesh, who have been jailed for protesting against forcible land acquisition. Hordes of farmers reached from far and wide places like Haryana, Punjab, Uttar Pradesh, Himachal Pradesh and Madhya Pradesh. They are demanding immediate release of arrested farmers by the Shhivraj Singh Chauhan led BJP state govt of Madhya Pradesh, and also a fair compensation for their land, after following due procedures of land acquisition.

BJP leader Mukhtar Abbas Naqvi reached the office and held brief negotiations with Naresh Tikait, but did not give any concrete assurance. The farmers will continue to stay put at the BJP office at Ashoka road. 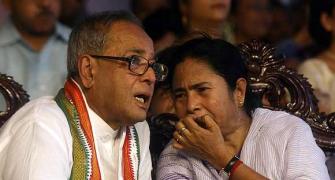 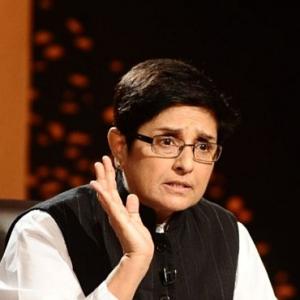