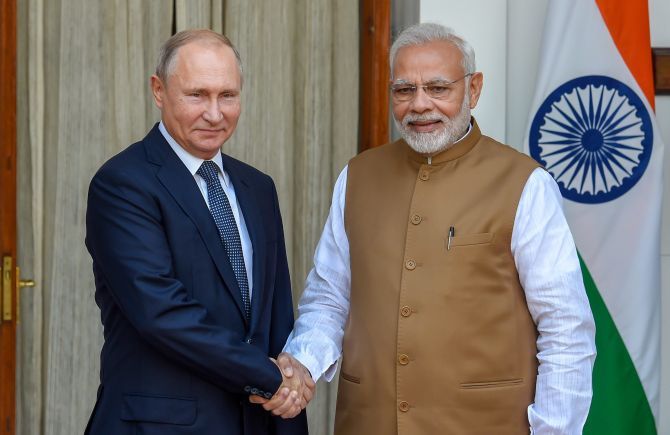 After months of walking the tight-rope, India on Friday inked a $5 billion (Rs 35,000 crore) deal to purchase the much-vaunted S-400 air defence system from Russia, amidst the United States warnings of punitive sanctions against nations doing 'significant' business with Moscow.

The deal, signed during Russian President Vladimir Putin's visit, however, was underplayed by New Delhi, perhaps in a bid to keep its robust ties with Washington unblemished.

Prime Minister Narendra Modi and Putin, who held their annual summit, did not mention the S-400 deal in their respective press statements.

Government officials also did not publicly announce the inking of the deal. However, official sources confirmed that it was signed -- by a joint secretary-level official in the defence ministry from the Indian side.

A top Indian official said: "Now that the contract is signed I presume the time-line (for the payment mechanism) has to be fairly soon."

The official also asserted that the negotiations for S-400 precede US sanctions against Russia by a long period.

"It is fulfills a certain defence requirement of the country and, therefore, the government has taken the decision, obviously, in the national interest," he said. 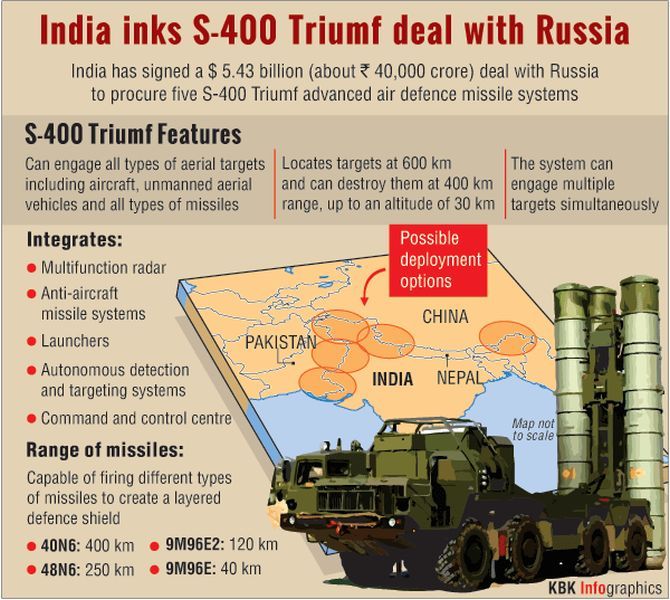 A joint statement issued after the summit said, 'The sides welcomed the conclusion of the contract for the supply of the S-400 Long Range Surface to Air Missile System to India', the only reference to the deal.

Russian news agency TASS also confirmed the the deal was signed, quoting Russian presidential spokesman Dmitri Peskov as saying, it was concluded 'on the sidelines of the visit'.

The defence deal is the first for India to have with Russia after the imposition of the Countering America's Adversaries Through Sanctions Act (CAATSA) by Washington against Moscow in August last year.

In Washington, a State Department spokesperson had said on Wednesday 'We urge all of our allies and partners to forgo transactions with Russia that would trigger sanctions under CAATSA', when asked about India's plan to purchase multi-billion S-400 missile defense system from Russia.

"The Administration has indicated that a focus area for the implementation of CAATSA Section 231 is new or qualitative upgrades in capability -- including the S-400 air and missile defense system," the spokesperson said.

However, the US embassy spokesperson in New Delhi while responding to a query said that the CAATSA was aimed at Moscow and not intended to damage the military capabilities of its 'allies and partners'.

During the 19th annual summit, Modi and Putin discussed ways to boost the strategic partnership in key areas, including defence, counter-terrorism, energy and space.

India and Russia also signed eight other pacts, including one on cooperation on India's ambitious human space mission project Gaganyaan, after Modi and Putin held one-on-one and delegation-level talks.

"The decisions taken today will further enhance our cooperation and contribute to the restoration of peace and stability in this challenging world," Modi said at a joint press event with Putin.

"Our two countries have common interests in cooperating on countering terrorism, on developments in Afghanistan and Indo Pacific, climate change, and in organisations such as the SCO, BRICS, the G20 and ASEAN," Modi said.

Putin said the two countries have agreed to step up cooperation in combating the menace of terrorism and drug trafficking.

The joint statement also said that the two sides agreed to converge their efforts to eradicate terrorist networks, their sources of financing, arms and fighters supply channels, to counter terrorist ideology, propaganda and recruitment.

They also condemned all kinds of state support to terrorists including cross border terrorism and providing safe havens to terrorists and their network.

India has been accusing Pakistan of indulging in cross-border terrorism and giving support to groups operating from its soil to target neighbouring countries.

Apart from the defence deal, pacts were also inked in the fields of space, nuclear energy, railways and space.

Russia and India denounced terrorism in all its forms and manifestations and reiterated the need to combat international terrorism with decisive and collective response without any double standards, the statement said.

Recognising the importance of adopting the Comprehensive Convention on International Terrorism, pending in the United Nations, to become part of the international law, both sides called upon the international community to make sincere efforts towards its early conclusion.

The S-400 Triumf air defence system can engage up to 36 targets at a time and simultaneously launch 72 missiles.

The long and medium range air defense missile system, which Air Force Chief B S Dhanoa said will provide a much needed 'booster' to the Air Force, is designed to destroy air attacks, including stealth aircraft and any other aerial targets.

'The sides welcomed the conclusion of the contract for the supply of the S-400 Long Range Surface to Air Missile System to India,' a joint statement released after the delegation level talks between Modi and Putin said.

The delivery of the missile systems will start 24 months from the signing of the contract.

The signing of the deal assumes significance as China, too, has signed a deal with Russia to procure the same missile system.

"This is the most lethal weapons system in the world and it provides four different types of layered air defence," Air Vice Marshal (retd) Manmohan Bahadur told PTI.

India has conveyed to the US its necessity to procure this air defence missile system.

In 1999, the system was demonstrated for the first time at the Kapustin Yar practice range (the Astrakhan Region) to then defence minister Igor Sergeyev. The trials of the most advanced air defense missile system were carried out in the 2000s.

The missile system has been in service since April 2007.

The S-400 system can also additionally include an all-altitude radar (detector) and movable towers for an antenna post, they said.

Source: PTI© Copyright 2020 PTI. All rights reserved. Republication or redistribution of PTI content, including by framing or similar means, is expressly prohibited without the prior written consent.
Related News: S-400, Russia, India, US Congress, Narendra Modi
SHARE THIS STORY
Print this article 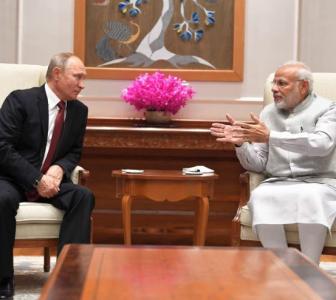 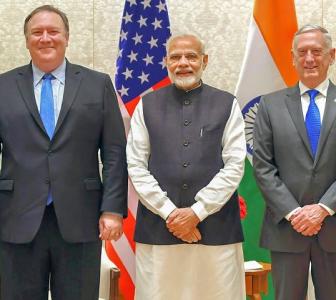 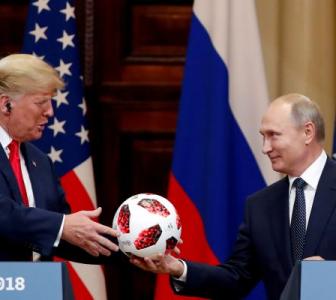