After being rapped for 'sloppy investigations' in the Adarsh society scam case, the Central Bureau of Investigation finally seems to have got its act together. After several high profile arrests, the CBI joint director has now informed that the "Bombay high court is satisfied with the investigations so far."

In an official statement released by the Central Bureau of Investigations, Joint Director Rishiraj Singh has been quoted as saying, "Today the high court reviewed the progress in the case and was satisfied that not only the high-powered committee of the Enforcement Directorate, IT and CBI, have met but are also working smoothly. The CBI counsel has also informed the court that the concerned IAS officers -- Jairaj Phatak and Pradeep Vyas, have been placed under suspension."

While Pradeep Vyas has already been arrested, Jairaj Phatak's arrest is imminent. Both Vyas and Phatak came under CBI's scrutiny for their roles as the city collector and municipal commissioner respectively. Vyas is alleged to have accepted false documents as proof and in turn is said to have benefitted by getting a flat allotted to his IAS officer wife Seema Vyas.

On the other hand Jairaj Phatak too received a flat in his son's name for allowing the height of the building to be raised beyond the restricted limit of 100 meters.

In the last three days the CBI investigations team has arrested as many as seven people, including retired army officials and serving IAS officers. However, looking at the progress made in the last three days, the high court appreciated CBI's effort for the first time. Justice Majmudar said, "Now that things are proceedings on the right track, we are satisfied with the investigations and have full faith that the probe would be completed as expeditiously as possible."

Even as the investigations are in progress under the supervision of the Bombay high court, Simpreet Singh, one of the petitioners of the public interest litigation said, "I am happy that there has been some progress, but I hope that this doesn't end up as yet another case where the big fishes are untouched while small ones pay the price for their deeds!" 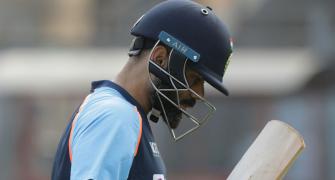 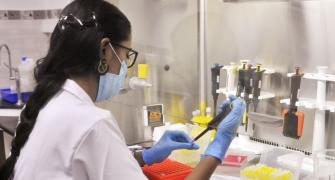