Congress president Sonia Gandhi has said the government has a "very active agenda" for Parliament in the coming months when bills on land acquisition, food security and changes in income tax laws will be taken up.

"The government has a very active agenda for Parliament in the coming months," she said in her 'Letter to Congresspersons' in the latest issue of party mouthpiece 'Congress Sandesh'.

She said the Land Acquisition Bill, a new Food Security Bill, changes in income tax to benefit individuals and companies while at the same time providing dynamic revenues, and strong protection for whistle-blowers are in the pipeline. These proposed legislations with potentially far-reaching implications have already been announced, she said.

Referring to the Nuclear Liability Bill, which was passed in the Monsoon session of Parliament, Gandhi said, "this is important not just for India to engage in nuclear commerce with the world but also to put in place an act that will hold the parties concerned responsible for the accident."

She said "India cannot and will not accept" another disaster like Bhopal.

Endorsing Home Minister P Chidambaram's statement in Parliament on the Bhopal gas tragedy, she said he has already pointed out how successive governments since the disaster were responsible for the inadequate action taken in response to a disaster of this magnitude.

"We must now look to the future and how we can best take care of the victims," she added. 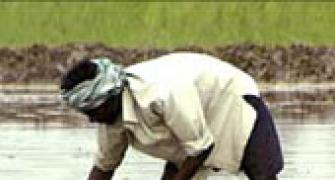 Sonia back in Parliament after two weeks

Back from US, Sonia may attend Parliament