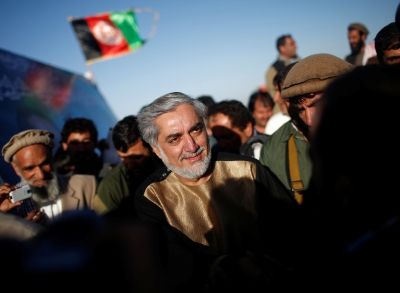 P B Chandra reports from Kabul on the Afghan presidential election, that has entered a run-off stage for the first time. The battle now is between the two frontrunners Abdullah Abdullah and Ashraf Ghani Ahmadzai, with Abdullah holding the edge.

Afghanistan is witnessing a political transition. The presidential election is in the run-off stage. In the first round of the election, no candidate managed to touch the magic figure of 50 percent votes, setting the stage for a showdown between the two frontrunners Abdullah Abdullah and Ashraf Ghani Ahmadzai.

Hamid Karzai, the incumbent who studied in Shimla, has completed two terms as President and Afghanistan's Constitution does not permit a third term. The fragile nation has seen many ups and downs, but after the fall of the Taliban the nation restored democracy and with its third election, it is trying to deepen its democratic roots.

Both Abdullah and Ghani did not agree for a patch-up deal that could have avoided the second round and clearing the way for a coalition government. The Afghans are witnessing a run-off election for the first time in its history.

Abdullah, who secured 45 percent votes in the first round as against Ghani's 31.5 percent, seems the clear favourite, but many other factors would play a key role in deciding the eventual winner.

More than the credentials of the two frontline candidates, the support of the candidates defeated in the first round would decide the winner. All eyes are on defeated candidates Abdul Sayyaf and Zalmai Rassoul. In the first round Rassoul, who was backed by Karzai could not garner much votes. Rassoul is likely to back Ashraf Ghani for personal gains when the government is formed.

Sayyaf with all his clout in Parwan and other provinces may emerge as a leading light and will have a large say as to who should become the President because of his clout among the provincial electorate.

In the first round, Abdullah was far ahead of Ghani. But in the run-off with a change in the political climate and with the support of the significant Rassoul camp, Ghani may put up a tough fight. Abdullah needs the support in the number game particularly from the candidates who lost in the first round. Abdullah will try to lure them by offering some extra constitutional posts.

In Afghanistan, campaigning is different from India, the candidates work more on strategies than organisng rallies. In Kabul, this writer could see hardly see any banners and flags. However, in main streets and squares large banners display the candidates’ photographs.

However, like in India corruption and poor governance is an issue here too. The people of Afghanistan, like India, are keen for a change.

“We are praying for a smooth transition,” said Haroon Hakmat, a contract labourer.

Afghanistan is rated as world's most corrupt country. The US, which has pumped in $100 billion since 2002 and will keep its troops in Afghanistan till 2016, is likely to influence the decision-making in the new government also.

Both Abdullah and Ghani thus will have no option but to keep United States in good humour.

Abdullah is part ethnic Tajik and part Pashtun and a trained eye specialist. He was Karzai's foreign minister but resigned in 2005 and contested against Karzai in 2009 and lost getting only 30 percent of the votes.

Ghani, a Pashtun, is a former World Bank employee, who served as the finance minister under Karzai and is known for his domestic reforms.

In Afghanistan, the post polling politics is far more interesting than the election campaigning  and the horse trading is unavoidable. This may leave the candidate irreparably compromised for the future, others say this is how Afghan politics works. The trick is to manage the alliances and not let the country fall back into violent warlordism and civil war.

"If you want to lead the real Afghanistan, you have to make deals with a host of players, and some with unsavory pasts and backgrounds. This is the reality of Afghanistan," said an insider familiar with Afghan politics.

However, either man faces the prospect of dealing with the ongoing Taliban insurgency, and neither appears particularly more capable than the other in how to approach it, critics say.

Meanwhile, more than the citizens of Afghanistan, the US is watching the outcome of this election anxiously. The election entering into the run-off phase has left them frustrated. They are frantically waiting for the new government to ink a security pact, which would allow the US to keep a slender battalion of military forces in certain base camps in Afghanistan.

With the Karzai government showing no sign of relenting, President Barack Obama is left with no option but to pin his hopes on the new President. .

Even though the two front-runners have expressed no dissension against the US security deal, they may impose strict conditions with a view to improve their local image, thus severely risking the security pact. With their once-blue-eyed boy Karzai ditching them at the last stage, the US cannot take things for granted anymore in Afghanistan.

There are other countries, too, which have high stakes in the Afghan election and they are excitedly watching the outcome of the run-off election. The Pakistan camp must be worried with the prospect of Abdullah emerging as the front-runner. Abdullah represents the Northern Alliance and the legacy of the late lion of Panjsher, Ahmad Shah Massoud who resisted and waged a lone battle against the Taliban till his last breath.

Should Abdullah occupy the throne in Kabul, the dream of the Pakistan Army to muscle in the peace process in Afghanistan would also fade away. 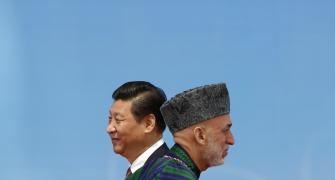 UNUSUAL pictures of the month: MAY 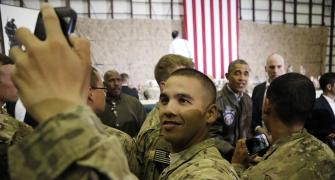 What the US withdrawal from Afghanistan means 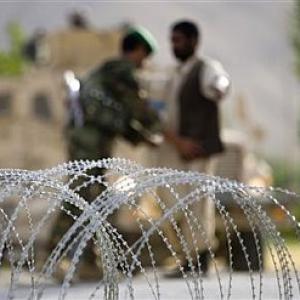 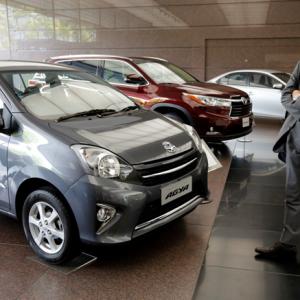