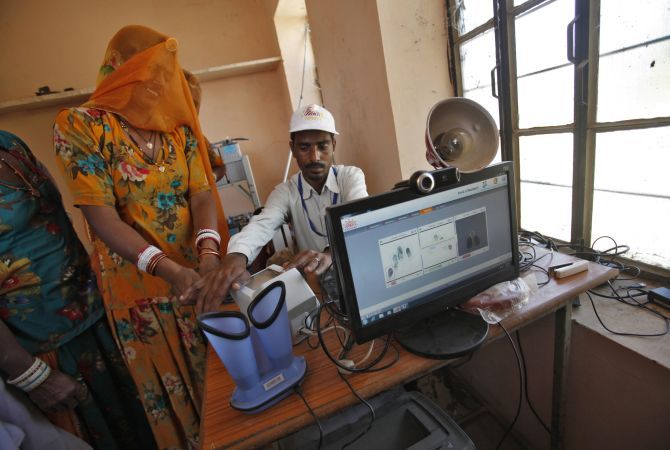 Nandan Nilekani, former chairman of the Unique Identification Authority of India, is confident that the Supreme Court bench looking into privacy concerns surrounding Aadhaar will give the programme the green light, since it follows all the design principles laid down by the bench.

His comments come days after a nine-judge bench ruled unanimously in favour of the Right to Privacy as a Fundamental Right, which several experts have said could affect the Union government's mandate to make Aadhaar compulsory for paying taxes, receiving government aid and even buying a new mobile connection.

"It's a superb decision. While it has upheld privacy as a Fundamental Right it also acknowledges that in the interest of larger societal reasons you may have some constraints on them... I am very confident that Aadhaar will come out with flying colours," Nilekani said in a call with analysts.

While the landmark judgment upheld the Right to Privacy as a Fundamental Right of every individual, it also acknowledged that it is not an absolute right.

Experts say the judgment lays the foundation for much stronger data protection laws, but citizens might have to forgo some of their rights in the name of things such as security or for greater public good.

Nilekani said the Supreme Court ruling has already decided on a set of considerations that will help the case that is being fought against Aadhaar in the court.

He added that his confidence stemmed from the fact that Aadhaar followed "all the design principles laid by the Supreme Court."

"When it comes to the State identifying citizens, there are a lot of legitimate reasons why the State might want to do so," said Sunil Abraham, Executive Director at the Centre of Internet and Society.

"For example, to make sure Indians pay income -- Only 1 per cent of India pays income tax and that's terrible. So to raise tax collection, Aadhaar might be a legitimate way to catch those who are not paying taxes," Abraham added.

While the Supreme Court's landmark judgment might not have any adverse impact on the way India uses Aadhaar, Abraham points out that the technical weak points that the system has will anyway never be addressed by any court.

Instead, he says, the UIDAI should proactively take suggestions from security experts to build a system that protects sensitive data of its users from hackers.