1. Uddhav Thackeray, who will be chief minister of Maharashtra, is a reluctant leader in the most coveted post in the state.

Uddhav wanted to probably push Eknath Shinde's name as chief minister, but Congress leader Ahmed Patel and Sharad Pawar both turned that option down at last Friday's meeting at the Nehru centre, Mumbai. Much against his intentions, Uddhav had to concede.

2. "There is cautious optimism for our new government," says a senior NCP leader who helped the Pawar family cajole rebel Ajit Pawar back to the family and party fold.

He claims the Supreme Court order made things difficult for Ajit Pawar and the Bharatiya Janata Party. Once the apex court order came in, things moved fast forward. All three parties profusely thank the three judge bench for the miracle in Maharashtra.

3. While discussiong the ministry formation in Maharashtra most NCP-Congress leaders said since it is a tripartite government, the media will pounce on the new government on corruption cases and governance issues.

"Our biggest worry right now is to keep up the new government's clean image," say Congress-NCP leaders. Since they don't want any party to have the upper hand in taking decisions, two coordination committees have been proposed.

4. The three parties have shown maturity so far, except on the speaker's post, at the meetings last Friday and on Wednesday evening. But between them there is huge distrust to begin with over issues of governance.

Ahmed Patel and Sharad Pawar argued hard for their respective parties at last Friday's meeting at the Nehru centre to claim the speaker's post, a Congressman revealed. Eventually, the Congress had its way.

5. Aditya Thackeray may join his father's ministry at a later stage, perhaps as minister of state.

A long-time fan of Sonia Gandhi, he was thrilled to meet her on Wednesday night. He returned to Mumbai past midnight on a chartered flight belonging to an airline owned by the Tata group.

6. In spite of Aditya Thackeray's warm meeting with Sonia Gandhi she will not attend the swearing-in ceremony.

Rahul Gandhi has played a silent role from the start and isn't keen to get too close to the new alliance. Since the assembly election results arrived he has been consistent in his belief to keep a distance from the Shiv Sena. 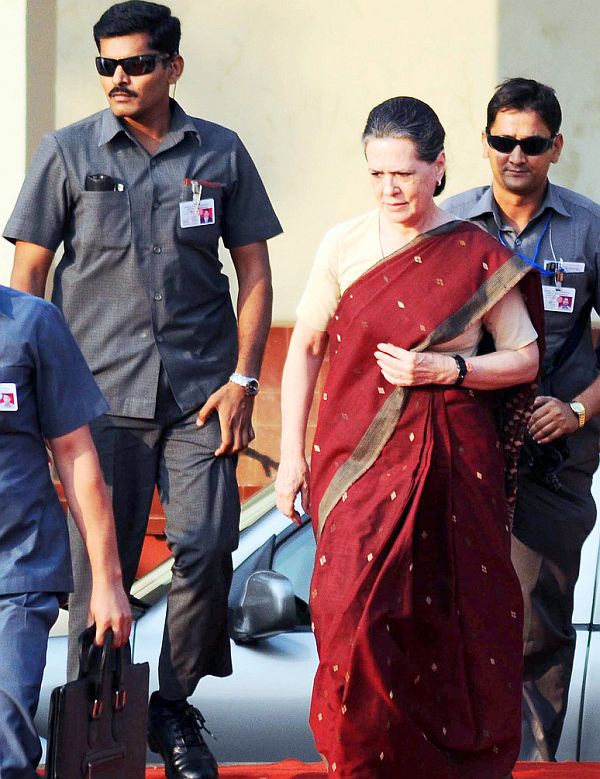