26/11: The architecture for securing lives

By Akshay Mathur
November 22, 2011 13:59 IST
Far from being poles apart, large corporations and Indian law enforcement face similar organisational challenges. Both strive for greater coordination, integration and collaboration. But how can we design an efficient system? What are the structural solutions that need to be implemented? Akshay Mathur attempts some answers

Indian law enforcement agencies are faced with the same issues as large corporations: how to design and manage an organisation that can swiftly and collectively respond to immediate demands, and yet be able to communicate and fight common challenges.

The 26/11 attacks on Mumbai exposed these challenges with distressing severity. Mumbai did not have adequate forces to respond, Maharashtra lacked coordination between the police, intelligence, and paramedical organisations, and the Centre-state communication was poor.  In the weeks that followed the attacks, both central and state governments promised a range of measures, some were acted upon but none was stitched together into a comprehensive national strategy.

Of course, law enforcement is not the same as commercial business. Securing lives is undeniably the greatest responsibility of a society and a State. In India, it is a state subject according to our Constitution, hence federated in nature -- as opposed to a business where a CEO can manage from the centre. Still, there are lessons on effective integration that can be drawn from corporations.

To begin with, an honest acceptance of existing capability is necessary. Recruiting, training, coordination, organisational changes can be done. This has been done successfully to fight the insurgency in India's North-East and for decades in Kashmir. What we have not been able to do effectively is the expensive technology, infrastructure, unjustifiable arrest, and special operations in foreign countries. We don't have the money or the will, and we live in a democracy that doesn't (rightfully) allow coercion.

We have made progress in recruiting. India has added over 36 battalions with 36,000 policemen since 26/11 and 21 more battalions are in the offing. The strength of the Indian Police Service has also been increased to 4,720 from the existing 3393 in 2011.

However, the immediate need is for organisation -- and in particular, horizontal and vertical integration. In a corporation, horizontal integration enables the different moving parts of a corporation such as marketing, production, sales and finance to synchronise their efforts while responding to market demands. It ensures that not one is out of step with the other. Our law enforcement needs similar collaboration on the ground between the different government agencies such as the police, army, medical teams, engineering teams, scientists and businesses.

A terrorist attack is not just an armed attack. It hurts civilians, destroys infrastructure, spreads toxic chemicals, causes trauma, and much financial damage. Why would we then think of preparing for only an armed attack?

Effective in-service training is the only way to achieve this. Our training strategy must be one that requires constables from local police stations to train with other law enforcement agencies and defence forces. That is what gives agility, speed and synchronisation. After all, the local police are always closest to the target, as they were on 26/11. One way to do this is by grouping stakeholders in concentric circles.

Local first: responders such as constables, commandos, compounders, coast guard, shop-owners and municipal (or panchayat) teams make up the inner and most vitally important circle. In other words, an extended version of the armed Force 1 that Mumbai has now set up.

Statewide police, business and engineering teams would form the next, middle circle. Again, this could be an extended version of the state Industrial Security Force that states like Gujarat have successfully put together to guard public and private enterprises.

Maharashtra approved a similar bill in 2010 but there is little news of progress since.

Nationwide intelligence, defense, telecom, legislative and judicial agencies would form the third and outer-most circle, and so on. In short, the focus of the training will depend on the level.  This approach is markedly different from having National Security Guard centres in the four metropolitan cities, which though comforting as an immediate measure, is a tactical, centre-led response rather than a strategic, state-level response.

A working example of this is the fight against the insurgents in Assam. It was the coordination between the Assam police and the Army's 4 Corps Command that enabled effective operations in the state between 2007 and 2009. It led to the surrender of the 28th battalion of the insurgent United Liberation Front of Assam in 2007 and subsequent drop in insurgency-related fatalities (1,051 in 2008 to 211 in 2011).

Another example from Assam is the collaboration between the local police and the bomb detection squads. Bomb explosions dropped from 86 in 2006 killing 61, to 10 in 2011 with zero deaths, with more and more explosives being detected before being detonated.

Vertical integration, on the other hand, is traditionally used to eliminate hold-ups introduced by stakeholders in the chain from the top to bottom. As 26/11 exposed, there were six alerts sent by the Centre to the state about a possible attack on 26/11, specifically mentioning sea-borne terrorists. Neither did the Centre follow up nor did the state put enough measures -- both restricted by capacity and skill.

One solution is to introduce a separate ministry for internal security. This was proposed by ML Kumawat who was special secretary in the ministry of home affairs on 26/11. Many countries in the world  the United States, the United Kingdom, Pakistan -- already have this in place. Our home ministry is overburdened with responsibilities that are not related to security -- appointment of governors, famine and disaster management, etc. accounting for a total of six departments and 18 divisions.

This is a big responsibility for Union Home Minister P Chidambaram who is also a member of 19 of 28 Group of Minister committees. A separate ministry for internal security can alleviate these challenges by focusing on security matters. The ministry can then work directly with nodal officers in the state for sharing intelligence. The Pradhan committee report on 26/11 identified the principal secretary (home) and commissioner (state intelligence department), as potential candidates for this liaison from the state.

A second approach is to introduce a central organisation for fighting terrorism. The US has done this by establishing the National Counter-Terrorism Center. In India, the Intelligence Bureau doesn't have the mandate, and thus no arms or training, and the recently created National Investigation Agency is a body responsible for investigating cases, and thus reactive. The central government has already set up eight of 20 planned Counter Insurgency and Anti-Terrorist (CIAT) schools but the focus of this school is to train for operations in India's naxalite regions as opposed to internationally linked terrorist groups in India. Thus, a national centre for fighting terrorism seems the logical next step.

Every year, security issues are discussed at the annual directors general of police conference. But the list of action items only grows. In fact, the 2008 annual meeting was held on November 22, just four days before the 26/11 attack, with the main theme being training of forces for counter-terrorism activities. This must change if we are to be secure.

Our leadership has stopped overreacting to terrorist attacks in India. But equally, these days attacks don't even generate enough of a response. The recent re-election of Tarun Gogoi in Assam in 2011 proves that governments that give priority to security needs can win elections. What remains to be seen is whether we can replicate the success to other states, and to the nation as a whole.

That's when corporations will begin to look at law enforcement agencies for lessons to draw on. 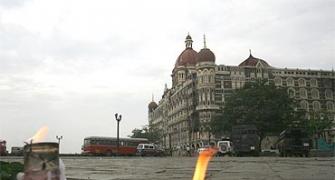 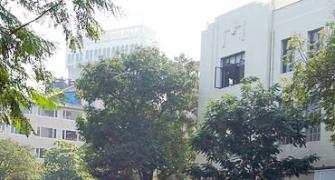 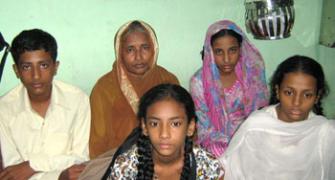 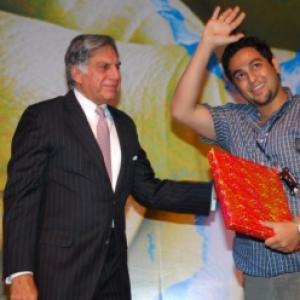 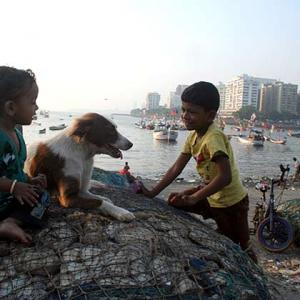