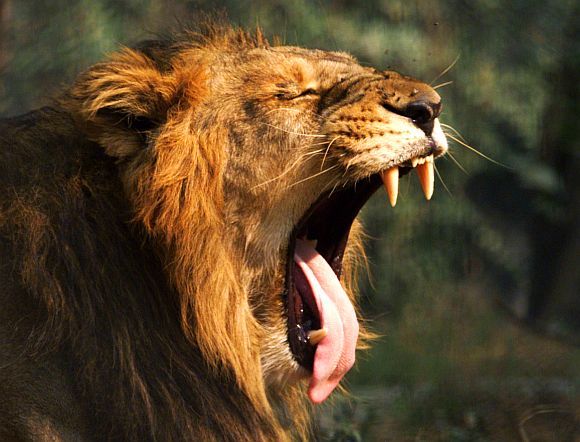 Three more lions were enmeshed by the Forest department on Sunday from nearby Ambardi village in Gujarat's Amreli district located near Gir Wildlife Sanctuary, taking the total number of encaged lions to 13 after big cats' attacks recently claimed three lives in the region.

"Three more lions were encaged this morning. With this, we have encaged all the 13 lions that were roaming in the region where three people were killed by them in the last two months," Deputy Conservator of Forest, Dhari-East range, Gir Wildlife Sanctuary, T Karuppasamy said.

An 11-year-old boy, identified as Jayesh Solanki, was attacked by an Asiatic lioness in Dhari taluka. The boy was found dead in a mango orchard owned by the Ambardi village sarpanch on May 19, he said.

Following the incidents and the alarming situation prevailing in the district, local leaders have demanded swift action from the forest department and ensure safety of people.

Karuppasamy said the forest department will conduct tests to ascertain which of the 13 lions were man-eaters by matching their pug marks and finding traces of human hair, bones and remains of clothes from their bodies through tests.

"This is likely to take another three days before we will come to know about the lions that attacked humans and preyed on them," he said, adding warnings of possible big cat attack were in the past given to people residing in East Division of Gir forests but they did not follow them.

Bharatiya Janata Party MLA from Dhari constituency Nalin Kotadiya on Sunday handed over a memorandum to Karuppasamy, asking him to take action to make the area safe for humans.

"We appealed to him to take action so that lions do not attack any more humans in the area. We are also against the proposed covering the area under the eco-sensitive zone (as per a state government proposal). Because once it becomes an eco-sensitive zone, no humans will be allowed to stay here which will adversely affect their livelihood," he said.

BJP leader from Amreli, Dileep Sanghani, had earlier written to state Forest and Environment Minister Mangubhai Patel, seeking killing of those lions that attack humans outside the reserved forest area.

Prior to the recent death of the minor boy, a 50-year-old woman was killed in April while a 60-year-old man was assaulted in March by Asiatic lions at Bharad and Ambardi villages respectively, in the district.

According to Karuppasamy, the process of awarding compensation of Rs 2.25 lakh to the kin of the victims has been initiated.

Man-lion conflicts are rare in and around Gir forests, said to be the last abode of Asiatic lions, where as per the last census conducted in 2015, the count of the big cat stood at 523. 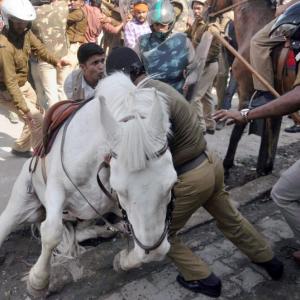