News
Business
Movies
Sports
Cricket
Get Ahead
Money Tips
Shopping
Sign in  |  Create a Rediffmail account
Rediff.com  » News » 'Whenever Mamata opens her mouth, only lies can be heard' 'Now that there is an election in the offing, she is repeating the same old promises. Does she think the people of Bengal are fools to fall for her lies?'

CPI-M MP Mohammed Salim, who may be the party's chief ministerial candidate, on the TMC's 'misrule.'

Member of Parliament Mohammed Salim is the most sought after politician in West Bengal at the moment.

The Communist Party of India-Marxist veteran may be projected by the Left Front as its chief ministerial candidate in the coming assembly election in the state.

In a candid conversation with Indrani Roy/Rediff.com at the CPI-M headquarters in Kolkata last week, Salim, below, left discussed the Trinamool Congress government and a possible Congress-Left pre-poll alliance.

West Bengal Chief Minister Mamata Banerjee claims that development in the state has been huge ever since the Trinamool Congress came to power in 2011.

Whatever the chief minister says is full of sound and fury, signifying nothing. No development has taken place in West Bengal during the Trinamool regime. The new government had made many tall promises, but delivered nothing. As a result, the younger generation is frustrated.

She also claimed that lakhs of jobs were created.

(Laughs.) Where are the jobs? Even posts in various government departments are lying vacant. Let alone creating 'lakhs of jobs,' the present government failed to fill those vacancies.

The government couldn't even appoint optimum number of teachers. It couldn't collect applications, conduct examinations and bring out results in time. I wonder what the chief minister is boasting about.

Recently, the West Bengal government offered reappointment option to government employees, who are on the verge of retirement. Many Trinamool Congress leaders think the government is being kind to its senior staff.

This step is just eyewash. By making such a move, the government is deferring the retirement benefits of the senior staff. This is nothing but a ploy to pass on the burden of 'dues' to the next government. Perhaps, this government has already got the hint that it is not going to last long.

What about industrialisation? The industry meet in Kolkata saw Mukesh Ambani showering praises on the chief minister.

(Laughs.) Last year too, many big people said many a nice word about our honourable chief minister. But did industries flourish in the state?

If there were a spurt in industrial growth, there would not have been a surplus work force in the state.

Why do you think thousands of workers, semi skilled and unskilled, are migrating to other states in search of jobs? Even engineering students find it difficult to get suitable employment in the state after graduation.

It's time the chief minister looked at facts and figures before making unsubstantiated statements.

But in a series of advertisements the state government claimed Bengal's per capita growth has exceeded that of other states.

These advertisements hardly make any sense. It's the general practice that when such ads are published along with data and figures, the source is mentioned. In fact, that's the statutory norm.

But none of the recent ads by the state government mentioned any source whatsoever. I am challenging the TMC government to reveal the source of information that speaks for West Bengal's 'impressive' story of progress and growth in the last four-and-a-half years.

One must not forget whenever Mamata Banerjee opens her mouth, only lies can be heard. Naturally, therefore, when her government publishes an advertisement, it projects false statements.

If you scrutinise various stone-laying advertisements carefully, you will understand that the chief minister is only attending inauguration of projects that were either designed by the previous government or were already half finished.

No significant new industry came up after the TMC came to power.

A lot is being said about the JSW group's cement factory in Salboni. The chief minister herself attended its launch. But my question is what happened to the steel-cum-power plant at Salboni that was promised years ago?

The cement factory accounts for only 1.5 per cent of the proposed investment. It's just an appendage. Moreover, how can you justify the state government advertising the stone-laying ceremony of a factory owned by a private company?

Why is the state government not saying a word about the Wipro or Infosys fiasco? Is there any explanation why these two IT majors gave the cold shoulder to Bengal?

The Left Front, as we all know, had set up an investment hub at Rajarhat. After coming to power, Mamata Banerjee redecorated the same old buildings.

Did she manage to set up industries there? No! 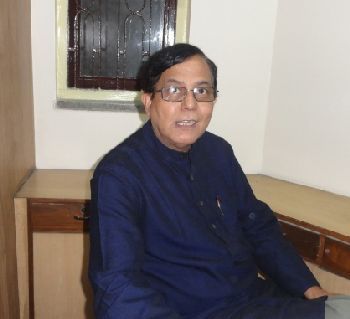 What is your thought about the 1000 MW power project at Nayachar?

(Smiles.) Mamata Banerjee had promised this power project in November 2011.

Nothing moved there in the last few years. Now that there is an election in the offing, she is repeating the same old promises. Does she think the people of Bengal are fools to fall for her lies?

Look at what's happening at the tea gardens. Hundreds of tea workers are dying. So many gardens are closing down.

But the closure of tea gardens happened at regular intervals during the Left government's tenure too.

I am not denying that. But believe me, we never ignored such happenings. We tried to take immediate steps to counter these issues. We had started giving allowance to the closed tea gardens' workers. But the present government is in a denial mode almost all the time.

Don't you think the central government too has failed in this respect?

Both the central and state governments are running the show as if they are the franchise owners. There is no accountability, no sense of responsibility.

When I mentioned in Parliament some time back that 500 tea workers have died of poverty, the central government minister feigned ignorance.

But soon after, Union Commerce and Industry Minister Nirmala Sitharaman paid a visit to Bengal's tea gardens. She blamed the West Bengal government for the mess. But it's unjust for the central minister to pass the buck.

Why didn't the Tea Board, the Tea Development Corporation and commerce ministry do anything for the poor workers? Millions of dollars are earned through the export of tea. What happens to that money? Neither the central nor the state government has any answer.

A lot is said about the state of law and order in Bengal.

Law and order have ceased to exist under the TMC rule. So many women are raped, but so few cases are registered. For our honourable chief minister, each incident against women is either stray or concocted.

Take the cases of rapes that occurred at Kamduni, Park Street, Madhyamgram or Kakdwip. For the Kakdwip rape, the police registered a rape case after three days and that too under public pressure.

Are we living in a democracy?

Are you happy with the progress of the Saradha case that the CBI (Central Bureau of Investigation) is probing?

No, not at all. I think Modi bhai (Prime Minister Narendra Modi) and Didi (Mamata Banerjee) have a tacit understanding never to harm each other.

Whenever the issue of Banerjee's involvement in the Saradha scam comes to the fore, Didi rushes to New Delhi to have a meeting with Modi. And the issue gets muted.

Before elections, Modi had raised so many questions about the auctioning of Banerjee's paintings.

But once the elections got over and the prime minister understood that he needed the support of the TMC for passing some important bills in the Rajya Sabha, the probe into the Saradha scam started moving at a snail's pace.

But most of these chit funds -- Saradha, Rose Valley etc -- came into existence during the Left Front's tenure.

I am not denying that. But when did they flourish? They gained power and influence only during the TMC regime. The TMC is a party which is up to its neck in corruption and no one knows it better than the people.

What is your take on Mukul Roy's love-hate relationship with Mamata Banerjee?

It was a got-up game played by the Modi bhai and Didi team. When the Saradha scam investigation reached an uncomfortable zone, (Mukul) Roy was asked to move out of the TMC's Bengal circuit.

Under the pretext of discord with his party supremo, Roy moved to New Delhi. There, as it becomes clear now, he maintained the much-needed rapport with the BJP (Bharatiya Janata Party).

Now that the dust has settled, Roy has resurfaced to be at the helm. The entire episode can be termed 'The curious case of Mukul Roy.'

Your party has alleged many a time that the TMC government is trying to fan the communal sentiment in West Bengal.

Yes, indeed. The TMC is functioning in collusion with the BJP-led government at the Centre. And both these parties love to fan communal sentiment to win elections.

It is being heard that a formal announcement of a Congress-Left alliance is just a matter of time.

Our party recently urged all secular, democratic, parties of the state to unitedly fight the BJP and TMC. It won't be wise to talk about an alliance that has not taken place yet.

However, there is no harm in stating that the people of the state want non-communal forces to get together. If an alliance is formed, it will be born out of such a popular demand.

It is also being heard that if such an alliance happens, you will be projected as the chief ministerial candidate.

Our party never projects anyone. It only goes by popular sentiment. Any move that it takes evolves out of the people's wish.

As far as I am concerned, whatever role my party asks me to play prior to the elections, I will give it my best shot.

Was the huge turnout at the recent Brigade Parade ground meeting organised by the CPI-M any indication that the people of Bengal, especially the youth, have started to reinstate their faith in your party?

The younger generation of the state is frustrated to the core. They were lured by the gimmicks dished out by TMC leaders during the 2011 elections. But most of the promises that the TMC made remained unfulfilled. Hence, the youth of Bengal are disillusioned to a large extent.

We had made many mistakes in the past, but we have learnt from our mistakes. We have worked hard for the last four years.

Some of our policies had alienated us from the people. But we have changed ourselves. And people are gradually realising that.

Even Banerjee and her men have got the hint of this transformation and they are feeling insecure.

Do you expect a major change in the election results this year?

I am not an astrologer. But if there is a free and fair election in the state this time, there would be quite a few surprises for the TMC this spring. 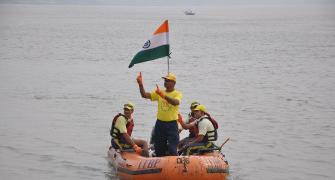 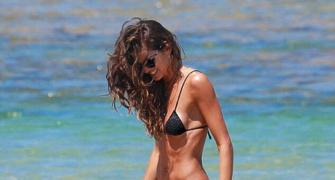 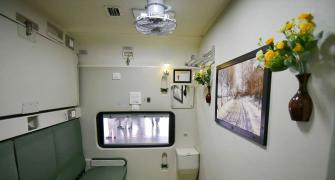 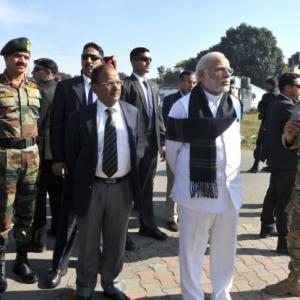 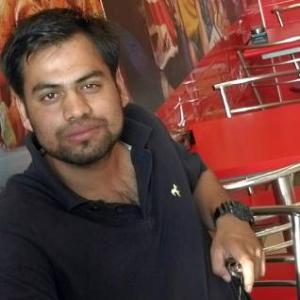